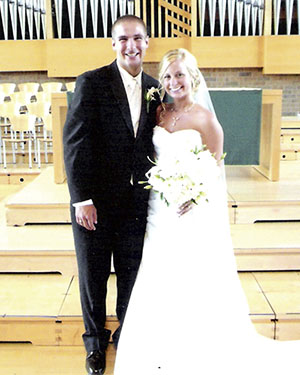 Kathryn Hasher, daughter of Sandra and Rick Hasher of Maplewood, Minn., and William Hagan, son of Mary and Dwayne Hagan of Austin, are proud to announce their marriage on July 6, 2013, at 2:30 p.m. at St. Andrews Lutheran Church in Mahtomedi, Minn. They will make their home in Monticello, Minn.