Time for a change: City clerk retires after 32 years 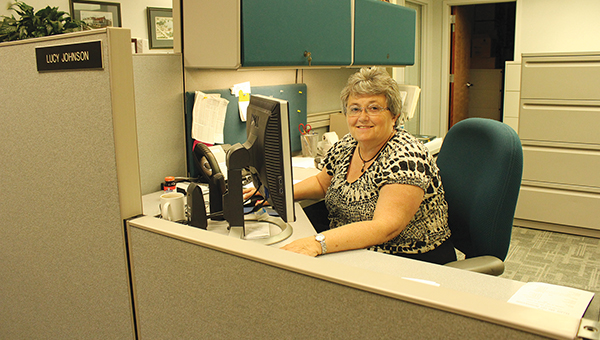 When Lucy Johnson started her career as city clerk, Austin was a different place. Robert Enright was mayor, ballots were on paper instead of a machine and there was little cultural diversity. But times have changed and so has Lucy Johnson. After 32 years, she will retire on July 31.

“I’m going to miss the people of Austin,” Johnson said. “But it’s time for a change in position and to move forward.”

Johnson was born in Osage, Iowa, and grew up near Johnsburg, Minn. She moved to Austin in 1966 with her family to work as a deputy auditor for the city, until she took a break to take care of her children. In 1981, Johnson was hired as city clerk after the previous clerk, Jim Alexander, died in a car accident.

As city clerk, she has had to manage many tasks. She’s administered elections, kept track of business licensing records, done city customer service and a lot of other regular duties.

Johnson also has dealt with a number of difficulties during her tenure. She took care of the balloting bedlam during the 2002 election, when Democratic Sen. Paul Wellstone was killed in a plane crash and replaced by former vice president Walter Mondale.

Ballots had also been accidentally destroyed that same election, which caused the recounts to be settled by District Court and the Secretary of State office. Another year, a candidate for governor dropped out last minute, so she had to help switch from machine to paper ballots.

Even with some of the challenges in her job, leaving Austin was never in her plans.

“I never wanted to leave Austin,” Johnson said. “It became my life.”

“It’s really hard to replace her,” Mayor Tom Stiehm said. “She made things run smoother for the city.”

Stiehm worked with Johnson for 6 1/2 years, but has known her for longer. He said she has helped make a difference with the invaluable service she has provided.

Coworkers have described her as knowledgeable, invaluable and impossible to replace.

“You enjoy seeing and talking to her,” Stiehm said. “She’s just fun to be around.”

Anne Dunlap will replace Johnson as city clerk in August.

After many years of working for the city, Johnson plans to begin retirement by traveling and spending more time with her husband, children and grandchildren. She is looking forward to a few changes in her schedule, however.

“I will not miss having to get up in the mornings,” Johnson said.

Population of Monarch butterflies has crashed