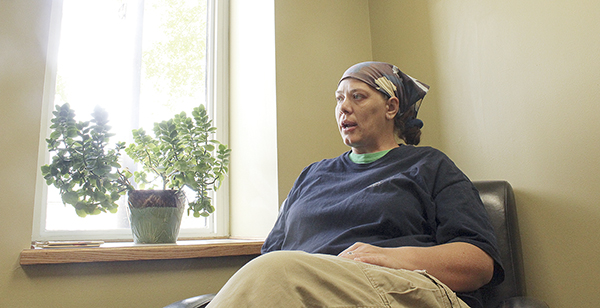 A local marijuana and hemp advocate is ramping up her push for legalization.

Deanna Jean and area organizers plan to put on a festival promoting the legalization of the hemp industry in mid-September. The Austin Minnesota Hemp Fest is billed as a drug-free, family-friendly event featuring at least five musical acts by local and regional artists, according to Jean.

“Prohibition is ending, and it’s time we embrace this change instead of fight it,” Jean said.

The festival will include arts and crafts opportunities, and speakers to talk about potential benefits from restarting the hemp industry.

Yet the event is raising eyebrows within the city. Jean and other organizers will rent the bandshell at Bandshell Community Park for the event, which will take place from noon to 9 p.m. Sept. 15.

While the issue won’t come before the Austin City Council, city officials are closely watching the event to make sure organizers don’t promote marijuana legalization.

“It would be a major surprise if either the council or myself came out in favor of it,” said Mayor Tom Stiehm.

Jean has recently ramped up her advocacy, as she gathered more than 1,000 signatures to persuade Stiehm to publicly support decriminalizing marijuana.

Jean believes getting mayors from larger cities in Minnesota on board with decriminalization will lead to the state considering less restrictive medical marijuana and drug enforcement laws.

Stiehm declined to give his position on marijuana legalization.

“It’s not a city issue, it’s a state issue,” he said. “It’s not my job as mayor to bring up an issue that we’re going to have no bearing on anyway and divide Austin over it.”

Minnesota was one of the last states to outlaw hemp as an industry in 1968, though legislators have discussed lifting those restrictions over the years. Rep. Phyllis Kahn, DFL-Minneapolis, continually proposes bills to regulate hemp as an agricultural industry. Though the bill usually receives some bipartisan support — Rep. Jeanne Poppe DFL-Austin, co-sponsored the bill during the last legislative session — legislators typically never deal with the issue.

Marijuana decriminalization is gaining prominence as state and federal officials debate whether to allow states like Washington and Colorado to legally monitor the industry. In Minnesota, a bipartisan group of legislators could once more propose medical marijuana laws at the next legislative session. State representatives and senators passed a medical marijuana bill in 2009, but the initiative was vetoed by then-Gov. Tim Pawlenty.

Jean has dealt with backlash from her advocacy, however. She said she lost her job in 2011 because of her outspoken stance. She said she was removed from the Austin Area Farmer’s Market this summer after trying to advocate during farmer’s markets and on the market’s Facebook page.

“We don’t allow advocacy of any kind at the market,” said Karl Milliron, farmer’s market treasurer, a couple weeks ago.

City officials will closely watch the event to make sure it follows city policy. While the city will allow organizers to use city property for a large festival, some city officials are nervous the event will be used to promote marijuana legalization.

Jean said she is organizing a marijuana advocacy event to come later.

Correction: An earlier version of this story erroneously identified Sen. Dan Sparks as one of the co-sponsors of a bill to legalize industrial hemp in Minnesota this year. Sen. Sparks was not a co-author. The Herald regrets the error.

Board, auditor- treasurer at odds over records