Farmers delayed another week or more after snowfall

Mike Merten dug into a foot of snow last week, into the soil and removed several corn seeds he already planted for the season. This was not supposed to happen; it rarely has. 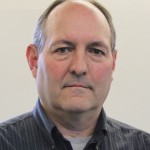 The rural Austin farmer took the seeds and some soil and put them in a greenhouse. For Merten, the spring 2013 planting has started off as a science project.

Fortunately, Merten had only planted one field. It will take a few days for he and the others who planted to know what will become of that corn. Merten said the icy-cold water on the kernel caused it to swell and could reduce the number of seeds that sprout. He’s optimistic, though, especially after the snow melted quickly.

So with seeds in his greenhouse, and along with all the other farmers, he’ll keep waiting for another planting window, which is now getting late. Last week the USDA projected corn and soybean farmers would be in the fields by May 7. That was before the snowstorm, however.

Jon Hillier, agronomist with Northern Country Co-Op in Rose Creek, thinks it could be more than a week from Thursday’s storm before farmers get back in the field.

“I’d say at least 10 days [after the storm] by the way the weather forecast looks,” Hillier said.

Doug Sheely, a farmer near Brownsdale, agrees with that. With an impeccable farming archive in his brain, Sheely tapped his memory. He remembers a year like this — almost like this.

Merten also recalled 1996, when snow fell on top of planted corn and caused some stand loss, but nothing quite like this.

Though the growing season is shrinking with each day, farmers are still optimistic as they know June and July will make their crops.

“We’re not ready to throw in the towel yet,” Merten said.

The worst-case scenario for those who planted would be to replant, Hillier said. He also wouldn’t be surprised if that happens. Again, it all depends on the weather.

“I think if it warms up all at once, it will be fine,” Hillier said.

Brian Thompson of Clarks Grove also planted early, but he’s not too worried yet and thinks the sheer amount of snow insulated the ground from the cold.

Despite the late start, experts say there’s still time to plant. Corn yields in Minnesota don’t typically suffer unless planting is delayed past mid-May; although, there’s concern about the impact on yields for spring wheat and other small grains.

A site for broken branches

Council members decided to provide a site, which hasn’t been chosen yet, for residents to drop off broken tree branches... read more