County will continue to monitor Brownsdale infant in CHIPS case

An infant who tested positive for HIV several months ago will remain in his parents’ custody, but only under county supervision, a Mower County District Court judge ruled on Monday. 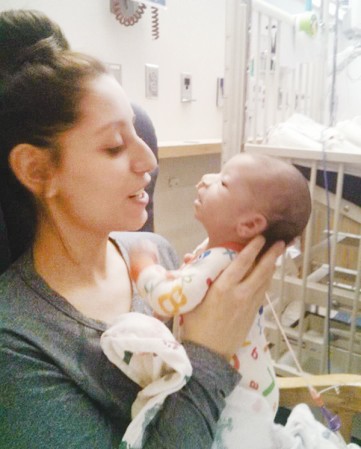 “Their statements that they wish to discontinue the antiretroviral medication and will continue to provide treatment only as long as it is legally required give the Court little choice but to retain jurisdiction in this matter to protect the child,” Wellmann wrote in his decision.

The case began in January when a court order for Mower County Health and Human Services to take Rico was issued after a petition mentioned Rico’s parents missed two doctor’s appointments. John and Lindsey testified that they thought those appointments were optional, that they sought a second opinion and tried to reschedule those appointments. However, Wellmann’s decision indicated the Nagels never tried to reschedule the appointments and didn’t return doctors’ phone calls. Doctors also testified that Lindsey didn’t take prenatal medications that could have reduced her child’s risk of getting HIV to 2 percent; however, Lindsey said doctors never discussed such medications with her.

Much of the case has involved controversy over an antiretroviral drug called AZT. Lindsey was on the drug until age 2, as she tested positive for HIV when her parents, Steve and Cheryl Nagel, adopted her 22 years ago. Steve and Cheryl stopped using the drug because they say it was slowly killing Lindsey, and causing severe cramps and pain. Lindsey hasn’t used the medication since then, and says she is fine.

“Despite their testimony to the contrary, it is clear to the Court from all evidence presented herein that [Steve and Cheryl] Nagel control [Lindsey] Nagel’s and Mr. Martinez’s medical decisions regarding [Rico],” he wrote.

Court documents mention repercussions of taking Rico off of that drug; however, Lindsey and John say they never stopped treatment nor would have. During the court proceedings in April, Rico had been switched from AZT to a similar drug. During the past months, Lindsey and John have had to show human services that they are administering medications. According to the recent court order, they must continue to do that.

A disposition hearing has yet to be scheduled by the court. Human Services and the guardian ad litem for the child must file reports regarding Lindsey’s and John’s most recent care for their child within 10 days of that hearing.