Restaurant Warehouse owners: We moved because of Austin economy

The Restaurant Warehouse is shifting gears, and its owner says it’s because of the Austin economy. 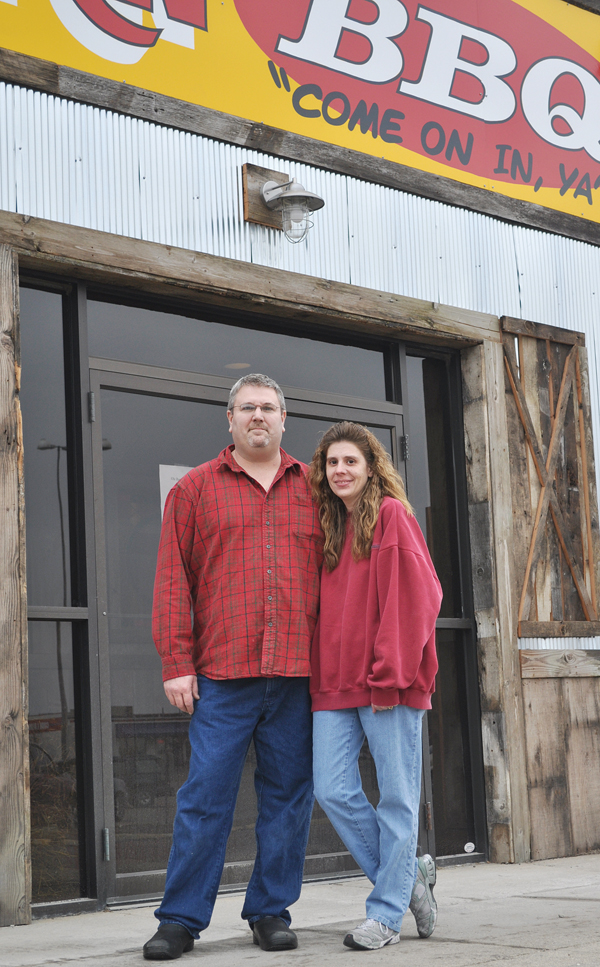 Bob and Lisa Nelson stand outside the Ole Barn BBQ restaurant in November 2011. The restaurant closed in October 2012, and the Nelsons moved their other business, The Kitchen Warehouse, to Albert Lea and renamed it the Copper Kitchen. Both moves were because of the Austin economy, they said.

Owner Bob Nelson said his business in Oak Park Mall now solely does business-to-business sales. The kitchen and restaurant supplier, in the former Sears location and across from the current Sears storefront, is no longer open to the public but accepts appointments by email at bob@ therestaurantwarehouse. com. Nelson’s wife, Lisa Nelson, opened the Copper Kitchen in Albert Lea’s Northbridge Mall in November 2012 as a home kitchenware retailer.

“There just isn’t enough traffic to have a staff full-time at the Austin location,” Bob told the Herald via email. “Retail in Austin has suffered a real blow it seems. Austin residents really like the big box products.”

The Nelsons had five businesses in Oak Park Mall for a five-month span in 2012, but have since closed three and moved one. They moved The Restaurant Warehouse there in September 2011 after a fire destroyed their building at 608 10th St. NE, and soon opened the Kitchen Warehouse in the mall for retail customers.

They opened the Ole Barn BBQ restaurant in December 2011, and the Machine Shed arcade in January 2012. Lisa also opened Napoli Chocolates in April 2012, but closed that storefront in September 2012. Then, they opened Ole Barn Country Store — with chocolates and their homemade barbecue sauces — inside the restaurant, but that closed with the restaurant and arcade in October 2012. The Kitchen Warehouse later moved to Albert Lea and became the Copper Kitchen.

Bob said he likes Albert Lea because it’s at the intersection of interstates 35 and 90, and because it’s further from Rochester than Austin.