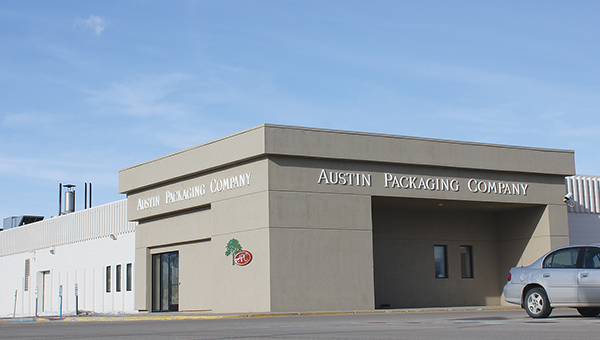 Austin Packaging Co. announced Monday it will lay off half of its 250 employees effective April 5. — Adam Harringa/adam.harringa@austindailyherald.com

Austin Packaging Co. announced Monday it will lay off 50 percent of its workforce, or about 125 employees, effective April 5.

APC management notified employees last week, saying it would eliminate its frozen pizza manufacturing business, which accounts for about half of its operation. The move comes after a year and a half of significant decline in the frozen pizza industry as customer demand trended downward, the company said. APC will lay off employees at every level, from line workers and mechanics to managers and supervisors.

“We take the commitment to our community seriously and are disappointed to take this action,” said James Heimark, who co-owns the company with Jeff Thatcher. “APC is working diligently and openly with our customers, vendors, bank and employees through this difficult situation. It is our desire to restructure APC and emerge a stronger company.”

The company met with city of Austin employees, Riverland Community College and Workforce Development Inc. to set up skills analysis and training for laid off employees. Mayor Tom Stiehm, who was in the meetings, said the reduction is a significant blow for Austin.

“It’s a bad deal for Austin,” Stiehm said. “Whenever companies hurt, it hurts everyone. We’re hoping business turns around for them.”

APC doesn’t disclose which frozen pizzas it manufactures, but trucks for Nestlé-owned pizzas such as Tombstone and DiGiorno can be seen regularly at the facility. APC did say it only packages pizzas for one company.

APC will focus on the other side of its business, manufacturing a wide variety of sauces, from gravy and Asian-flavored sauces to cheese-based and Alfredo sauces in pouches, cups and bowls.

In business since 1998, the company specializes in USDA/FDA contract manufacturing and packaging of shelf-stable, refrigerated, and frozen food for companies based in North America.

At roughly 250 employees, APC is the ninth largest employer in Austin and Mower County, and at 125 employees, it would rank 19th. It had roughly 305 employees at the beginning of 2012, according to the Development Corporation of Austin.

“We hope that even though we’ll be smaller, we’ll be healthier,” Thatcher said. “We hope to get back and grow the business back to where we were, and get the number of employees back to where it was in previous years.”

The company said it would like to get back in the pizza manufacturing business in a year or two, but will look for more than one company. APC does not currently manufacture for Hormel Foods Corp., but it has periodically before.

The manufacturer outgrew its facility about four years ago, and is leasing a warehouse in Austin and Lakeville, Minn. After April 5, it will move everything back to its main location at 1118 N. Main St., and will be near full capacity there again.