Can you smell me now? Hormel plans $25M site to reduce odor emissions 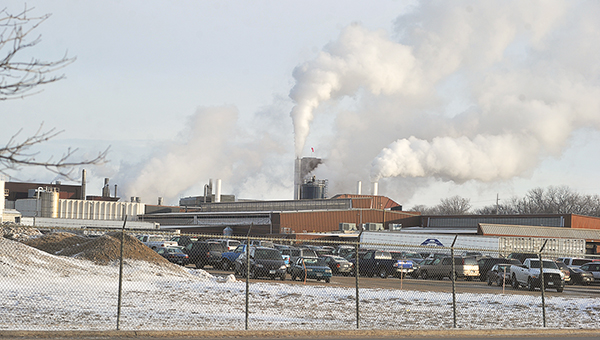 Plant manager: It’s a process we currently use in another facility, and we know it works extremely well.

Hormel Foods Corp. is taking one small step for Austin, one giant leap to reduce the Austin plant’s odor emissions.

The city of Austin’s planning commission approved last night an amendment to Hormel’s conditional use permit, allowing the company to build a $25-million inedible waste treatment plant — which will process excess meat and other hog parts not used in food manufacturing — on the east side of the property, between 10th and 11th Avenue alongside Eighth Street Northeast. This new plant will contain regenerative thermal oxidizers, a processor of sorts, which heats hazardous or volatile fumes, converting it to water and carbon dioxide. The oxidizers should eliminate much of the smell from the treatment plant, and is expected to reduce some of the main plant’s odor emissions, as well.

“It’s a process we currently use [at Farmer John operations in California], and we know it works extremely well,” said Tim Fritz, Hormel’s Austin plant manager. “So we’re pretty excited about that.”

Fritz said the new building will replace the old waste treatment plant, and is designed to minimize smell and noise. The current plant, located near the site of the proposed plant, has to open its doors for trucks shipping excess hog waste. That means the plant’s noise and smell is released, which affects nearby homes. The new plant separates loading docks from other operations, according to Fritz.

After the treatment plant processes the waste, its by-product is sold to the outside market, according to a Hormel spokesperson. All the material remains at the Austin Plant’s refined products operation, and only finished by-products are shipped out.

The proposed treatment plant would process inedible waste at a faster rate than the current one, and could also reduce truck traffic in town. Fritz told the commission the current treatment plant takes six days to process waste the main plant creates over a five-day period, so any errors in the treatment plant normally forces Hormel to ship out raw waste.

“It’s not the kind of product that you want to load out, you want to ship down the highway, but that’s what we’re forced to do,” Fritz said. “Our new process will be efficient enough that we don’t anticipate doing that.”

The new plant should include sustainability elements, such as using excess heat from the treatment process to heat the main plant’s water, which saves on gas costs.

The planning commission’s approval is subject to a 15-day appeal period, when residents can formally protest the new plant. If someone files an appeal, the issue would go to the Austin City Council for a public hearing. Hoium said one resident sent a letter protesting the project thus far.

Fritz said Hormel hopes to start construction as early as April, and depending on the weather, could finish the project in February 2014.