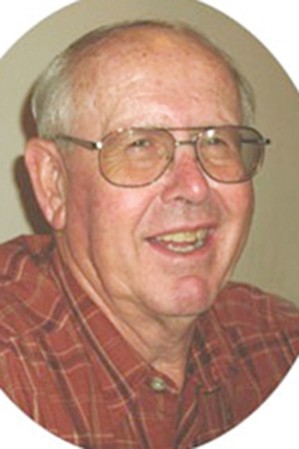 Darrel was born on Nov. 3, 1937, in Hayfield the youngest son of Percy and Leatha (Graves) Janes. He had resided on the Janes family farm in Hayfield township since he was very young. He attended school and graduated from Hayfield High School in 1955. He was united in marriage to Betty Jean Weitzel on July 27, 1959.

Darrel was a member of the Lions Club, American Legion, and the Oaks Country Club. He was also a lifetime member of the First Presbyterian Church, where he held many positions. He was in the Navy Reserves for eight years, Dodge County Extension Board for 12 years, was an insurance agent, and then a director for Vernon Edda Insurance for 32 years. He was appointed to serve on the Central Livestock and Meat Board for six years and the National Livestock and Meat Board for two years. While doing all of this, he spent many years farming with his brother, Dean. First milking, then raising beef cattle and hogs with his son, Randy.

Darrel retired from farming in 1996, at which time his travels began. He purchased his first of two motor homes and spent his retirement winters in Arizona and California making friends that lasted the rest of his life. Some of his greatest passions in life were golfing with his buddies and watching his grandchildren enjoy his swimming pool. He loved spending time with his grandchildren, taking them on annual vacations to his beloved Buffum Family Reunions. He was a storyteller and practical joker. His laughter will be missed by all.

The funeral service for Darrel Eugene Janes will be 11 a.m. Saturday, Jan. 5, 2013, at the First Presbyterian Church, 109 Main Street East in Hayfield with the Reverend Zach Wilson officiating. Interment will be in Fairview Cemetery in Hayfield.

Visitation will be from 5 to 8 p.m. Friday, Jan. 4, 2013, at the Czaplewski Family Funeral Home, 501 Second Street NW in Hayfield and one hour before the service at the church on Saturday.