Olmsted sparks Packer boys to a win over New Prague 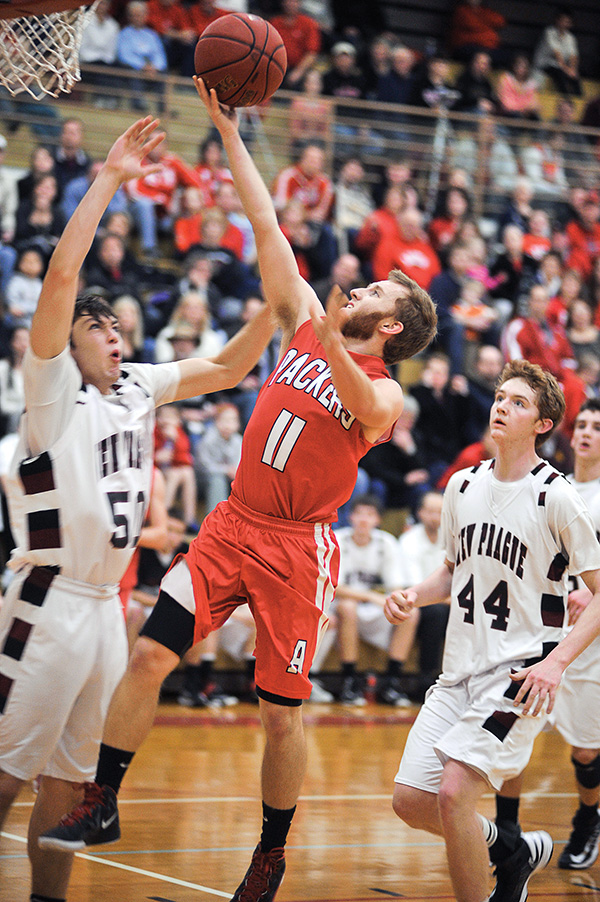 Austin's Tommy Olmsted charges in for a lay-up against New Prague in the first half Friday night in Packer Gym. -- Eric Johnson/photodesk@austindailyherald.com

The Packer boys basketball team showed everything it was capable against New Prague Friday, but it wasn’t until one of their senior reserves got them going that they hit their stride in an 86-58 win in Packer Gym. 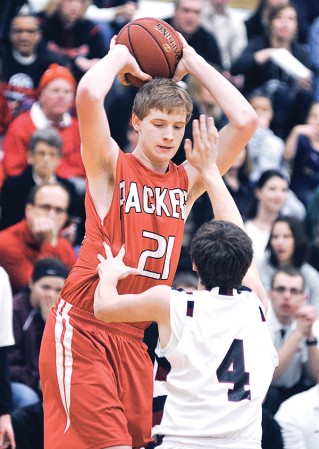 Austin's Joe Aase goes to work on New Prague's Blake Wooten during the first half Friday night in Packer Gym.

“They were really helping on the weakside and a bunch of us on the wings had good, open looks,” said Olmsted, who finished with a career-high 13 points. “I like being an energetic guy. I kind of like getting in people’s face and that’s just how I play. Once I hit a couple of shots, that got the energy level going too.”

The Packers also got some big shooting from Bret Lukes, who hit four threes and scored 18 points. Lukes is averaging 15.7 points in his last three games.

“The corners are going pretty good for me so far,” Luke said. “They’re paying attention to everyone on our team so we all get shots and I’ve been knocking them down lately.”

The Trojans (5-3 overall) were within 32-30 late in the first half, when the Packers used a 9-0 spurt to pull away. Austin opened the second half on a 15-0 run that saw Wessels score 10 points in a two-and-half minute stretch on a flurry of steals and lay-ups.

Lukes said the Packers didn’t panic when New Prague hit five of its first six threes and Luke Rynda had four of them.

“It seems like we’ve started that way every game, but we’ve picked it up every time,” Luke said. “(Rynda) was hitting his threes, then we started playing better defense on him and we started hitting our shots too.”

Austin head coach Kris Fadness was pleased with the leadership Olmsted showed in the face of adversity.

“He understood his role and exceeded what we expect out of him. I was really happy with Tommy’s play and Bret’s really playing at a high level right now,” Fadness said. “Joe hit some shots tonight that were unguardable.”

While Austin’s happy to have a win over New Prague, which has traditionally been one of the top teams in Section 1AAA, Fadness is quick to remind his squad that they blew out New Prague early in the year last year and barely beat them 43-41 when the playoffs came around.

“It was the same thing last year and we came out and played them in sections and they were a different team,” Fadness said. “It’ll be the same thing this year and I reminded them to not start thinking we’re that much better than them.” 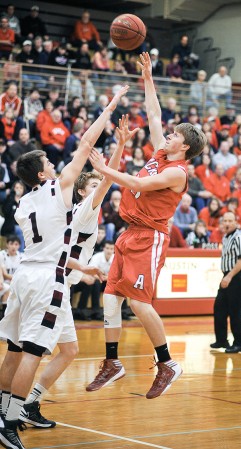