There were nearly four years of speculation, but Veterans Affairs officials confirmed that a VA community-based outpatient clinic (CBOC) in southeastern Minnesota will indeed open in the near future.

According to Ralph Heussner, VA public affairs officer, a new VA clinic in southeastern Minnesota was approved in the VA’s fiscal year 2013 budget as of Oct. 1. A VA press release mentioned a tentative opening date between late 2013 and early 2014.

“This is really going to happen,” Heussner said.

CBOCs offer primary health care services and mental health counseling, sometimes through video teleconferencing from the clinic to a clinician located at the medical center in Minneapolis. The clinics do not provide urgent care or emergency care.

Heussner said a detailed, demographic survey will help determine the best location for the VA where it can assist the most “underserved” veterans. Underserved veterans are those who could be using care but choose not to because of travel time and inconvenience. Heussner has seen first-hand how veterans will choose not to receive care, simply because they can’t miss a day of work. A new CBOC could change that for many.

“Outpatient clinics are key to providing veterans better access to high-quality care closer to home,” said Dr. Clyde Markon, medical director of the Minneapolis VA’s current network of 11 clinics in Minnesota and western Wisconsin. “By reducing the distance Veterans have to travel, we hope more veterans will benefit from the health care services they have earned through their service to our nation.”

While a specific location has not been determined, veterans service officers have continually mentioned their respective towns — Austin, Albert Lea, Owatonna and Faribault — as the best locations. A lot of talk has surrounded Albert Lea as the intersection of Interstates 90 and 35 could serve the most commuters, and the Mayo Clinic Health System in Albert Lea could house the clinic. However, Heussner said the demographic survey and proposals by building contractors will be the major factors.

Regardless, the VA clinic will be a contracted clinic in which an existing medical facility will staff the clinic. The VA will pay for construction or expansion of that medical facility and compensate that medical facility for staffing. Staff will still have to be trained and certified through the VA, and any psychologists will only be staffed by the VA. Officials won’t know exact costs until a location and construction crew is selected, but Heussner expects it could more than several hundred thousand dollars. 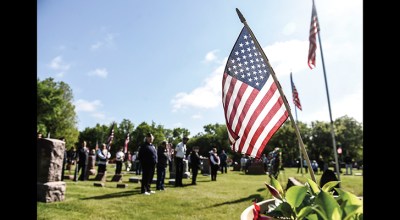 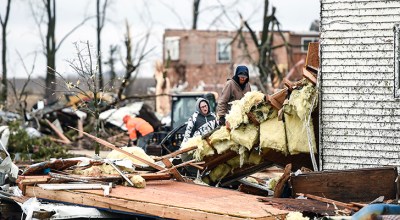