Sam Johnson gets 15 years in prison 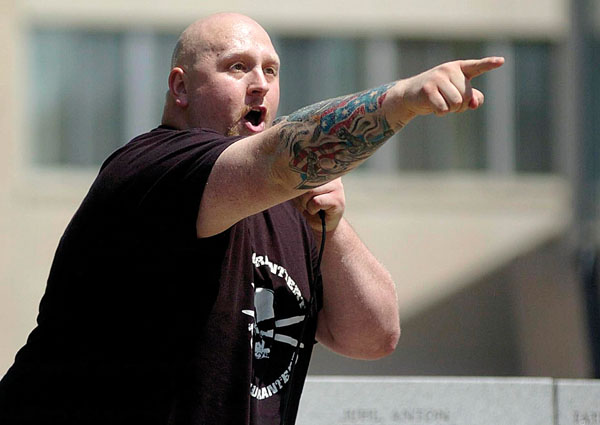 St. PAUL — An Austin man with suspected ties to white supremacist groups has been sentenced to 15 years in prison on a weapons charge.

Thirty-one-year-old Samuel James Johnson was sentenced in a St. Paul federal court Wednesday for possessing an assault rifle. Federal officials believed Johnson was amassing weapons and hundreds of rounds of ammunition as part of a plan to attack the government and minorities.

In his plea agreement, Johnson admitted he possessed a 7.62x.39 caliber, semi-automatic assault-style rifle on Nov. 4, 2010. Because he is a felon, Johnson is prohibited from possessing firearms or ammunition at any time.

Since at least three of Johnson’s prior felony convictions were for crimes of violence or serious drug crimes, sentencing in this current case was subject to the Armed Career Criminal Act, which mandates a minimum of 15 years in federal prison. Johnson faced a maximum sentence of life in prison.

According to a federal affidavit, Johnson was a former member and Minnesota leader of the National Socialist Movement, a white nationalist group and had gone on to form his own group, called the Aryan Liberation Movement. He once held rallies in Austin.

Another man, Joseph Benjamin Thomas, 42, of Mendota Heights, was indicted on drug charges and later investigated for his alleged ties to Johnson and possible terroristic plots.

Thomas also told an undercover FBI agent he considered himself a “domestic terrorist” instead of an American and would risk his life for the white supremacist movement in the event of a “race war,” an FBI affidavit said.