Dahl drops out of city council race, says he would be ineligible

With the Aug. 14 primary approaching, Austin City Council candidate Zeke Dahl has one message for voters: don’t pick me. According to Dahl, a convicted felon, he would be ineligible to take office on Jan. 1, 2013. 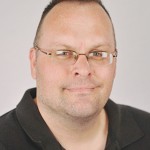 Dahl, a mayoral candidate from the 2010 election who’s now in the race for the council’s Ward 1 seat, is urging voters not to choose him because an update on his probation status. Dahl stole as much as $8,000 from his grandmother and was convicted in 2011 of felony check forgery.

“If I won, I’d have to take office by January, and I wouldn’t be eligible,” he said.

In June, Dahl said he spoke with an attorney and also checked with the Secretary of State’s office about eligibility requirements to run for office. His sentence is currently on a stay of imposition, meaning he is on probation now and was given five years to pay restitution of $7,100.

“It’s all about the financial part of it,” he said. “It keeps you under court control until you pay off that balance.”

The conviction would not be entered as a felony on Dahl’s record — and he would remain eligible for office — if that amount were paid off, he said. Dahl said he planned to have it paid before January, meaning he could take office.

But he discovered during a meeting about his probation Friday it would take longer than January to get the potential felony reduced to a misdemeanor. His state of imposition isn’t likely to be cleared until one year after his most recent offense. A probation violation in June this year means that could take until the middle of next year.

“It’s too late to pull me off the ballot,” Dahl added.

Dahl was one of four candidates to file for the Ward 1 seat on the council. His decision to file came less than a year after being convicted of forgery.

According to Minnesota court records, in August 2010, Dahl forged a check in his grandmother’s name and used her bank card to draw as much as $8,000 from her checking and savings accounts at a bank.

Dahl’s grandmother asked the bank to have the money reimbursed, but was told she would have to pursue criminal charges.

“I went a little overboard with my money,” Dahl said in June. “We all make mistakes. I had a gambling problem and I went to rehab.”