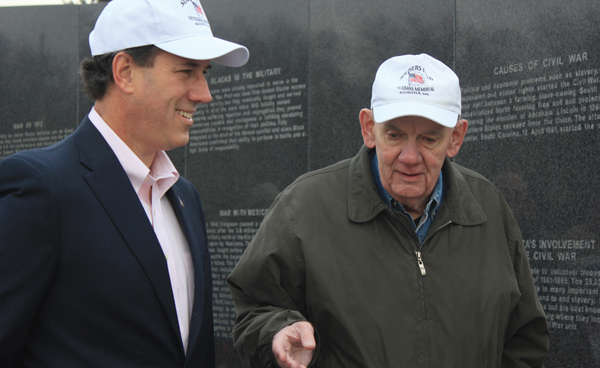 Santorum spoke at the Kahler Grand Hotel Monday morning in Rochester, but before he even broke into his speech, he made his vision clear while first touring the Rochester Veterans Memorial. 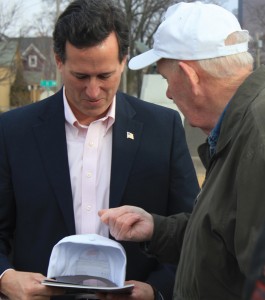 “You elect us, you’ll have private health insurance,” he told a local business owner.

The stop was one of many in Minnesota ahead of the state’s Feb. 7 caucus by the GOP presidential candidates, as Texas congressman Ron Paul visited Rochester on Saturday, and Romney and former U.S. House Speaker Newt Gingrich have made stops in the Minneapolis area.

“The plan that he put together in Massachusetts is in fact Obamacare on a state level,” Santorum said.

Santorum mentioned he has been involved with health care legislation for more than 20 years, and the issue itself is a major reason why he’s running for president.

“The reason I got involved in the Republican primary for president was because of the issue of health care,” he said at the beginning of his speech, speaking to a crowd of Mayo Clinic employees, patients and administrators.

Santorum is a strong supporter of free choice for health care and believes both Obama’s and Romney’s plans violate Americans’ freedoms by forcing them to buy health insurance or pay fines. He suspects the only reason Romney disapproves of “Obamacare” is because that is a federal plan that could instead be employed by state governments.

Santorum offered 10 reasons why Romney’s plan may not be effective. One reason included the fact that employers with 10 or more employees would be required to offer health insurance to their employees. Another explained how young, healthy individuals won’t want to purchase insurance because leveling the playing field for everybody means making insurance more expensive for them.

Instead, Santorum supports Rep. Paul Ryan’s, R-Wis., health care plan. And while Santorum would allow Americans to continue purchasing health insurance as they always have, he would like to see changes hit some of the health care providers. He said providers should be required by law to display prices, so customers know what they are purchasing before they receive medical attention, just like a retail store. 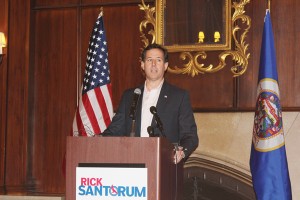 “We have a system where people don’t know the price, and people have insurance and bills that make no sense,” he said.

Santorum said if he is elected, citizens’ health care options will also become more similar to members of Congress.

Monday’s visit also took Santorum through Colorado for more speeches. Republican precinct caucuses in Minnesota, Colorado and Missouri start Tuesday. Thus far, Santorum has won the support of one out of five states, with 24 percent supporting him in Iowa, according to the Associated Press. However, Romney received more support than Santorum in four of the five states that have had primaries.

It will be a big day for a small school. Austin Public Schools will break ground on the Woodson Kindergarten... read more