A Hollandale man has been charged with marrying a woman even though he is already married to another. 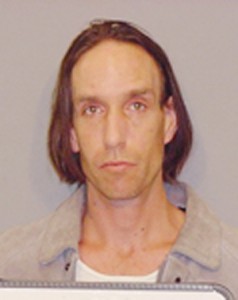 The rare charge comes with a maximum penalty of five years in prison and a $10,000 fine.

According to court files and to marriage records, Wayne Allen DeMay and Constance Ann Flim were married on May 1, 2010, even though DeMay never divorced Brigette Ann Beaumont, whom he married Feb. 19, 2003.

Marriage applications at the Freeborn County Recorder’s Office ask applicants if they have had prior marriages. If the answer is yes, the clerks then ask for proof of divorce or death.

The DeMay-Flim application shows the couple marked that DeMay never had a prior marriage. Records from Madison County, Ky., say otherwise.

According to court files, Brigette Ann DeMay, still carrying the name of her spouse, approached Freeborn County authorities in November because she had discovered her husband had remarried.

The 40-year-old told authorities 26 days after the marriage that Wayne DeMay left and wasn’t heard from again until she eventually found him in Freeborn County. She checked the marriage records and found the second marriage. Now living in Red Creek, N.Y., she was tracking him down because she wanted a divorce so she could remarry. The couple does not have children.

A Freeborn County sheriff’s deputy approached Wayne DeMay at his Hollandale home, showed him documentation and asked him if he had been married to Brigette DeMay. According the court files describing the investigation, Wayne DeMay admitted to the prior marriage and the second marriage to Flim, 27, who became Constance DeMay.

The court files say Wayne DeMay told the deputy he could not afford a divorce but wanted one.

An Iowa man was charged in Mower County Court on Monday for a series of attempted burglaries in Austin during... read more