Hockey: Packer girls close out season with a win 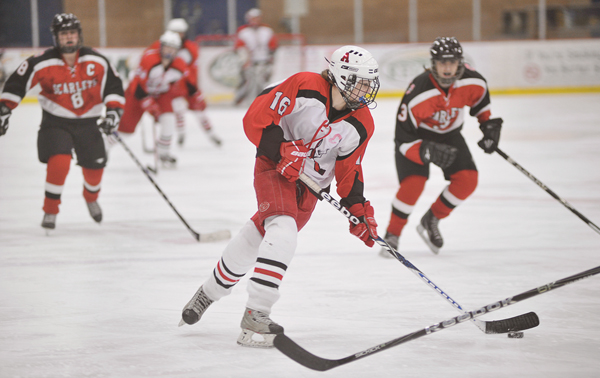 The Austin girls hockey team closed its regular season out with a 5-2 win over Mankato West (3-19-1 overall, 0-15-1 Big Nine) in Riverside Arena Thursday.

Carley Grunewald netted a hat trick for the Packers (11-14 overall, 7-9 Big Nine) as they posted four goals in the last two periods. 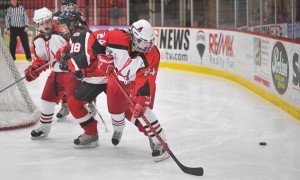 Austin's Madison Overby looks behind her for the loose puck during the first period against Mankato West Thursday night at Riverside Arena. - Eric Johnson/photodesk@austindailyherald.com

“We came out a flat in the first period but the girls came out on fire in the second period,” Austin head coach Denny Bray said.

Allison Hoban had 35 saves for Austin.

The Packers finished seventh in the Big Nine this season and they will open Section 1A tournament play next Wednesday at 7 p.m.