Catherine Margaret (Schmidt) Jenkins, a former nurse, involved community member and mother of nine, passed away Tues., Feb. 7, 2012, after a brief illness. She was 94. 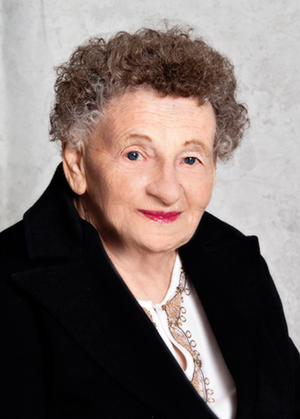 Catherine was born in Waldorf, Minn., on Mar. 23, 1917, to Joseph Francis Schmidt and Catherina Margaret Fischer Schmidt and was the fourth of 11 children. She was married to Henry (Bud) Jenkins on June 26, 1937, and they raised nine children on a farm near Austin, Minn., until his death in 1961. Catherine then earned licenses as a practical nurse and registered nurse. She was an intensive care nurse at Mason General Hospital until her retirement. She had passions for knitting, crocheting, quilting, playing cards, and travelling throughout the United States and abroad.

Residing in Grapeview, Wash., from 1976 until November 2011 when she relocated to Austin, Minn., Catherine’s zest for life and keen intellect led to her involvement in a variety of community organizations, garden clubs and card clubs. She was an active member of St. Edward’s Parish in Shelton, Wash., and the Mary Ekert Orthopedic Guild in Shelton, Wash.

She is survived by her loving children: Judy Buffington, George Jenkins, Mary Sembrat, Marlene Pickens, Tom Jenkins, Paul Jenkins, Carol Passow and Margi Kenny. She is also survived by 21 grandchildren, 35.75 great-grandchildren, (one is due this Spring) two great-great grandchildren and many friends. In addition to her parents and husband, she was preceded in death by her son, John Jenkins.

Funeral services will be 10 a.m. Fri., Feb. 10, 2012, at Queen of Angels Catholic Church in Austin, Minn. Her family requests that in lieu of flowers donations are made in her name to the Grapeview Fire Department, PO Box 129 Grapeview, WA 98546 or the charity of your choice.