The Austin Packer football team has a new head coach ready for a challenge.

Austin High School activities director Lisa Quednow-Bickler announced Wednesday that AHS has hired Brett Vesel, who coached at La Crescent for the past six years and spent five years as the head coach at Superior High School in Wisconsin.

Vesel comes to Austin after posting winning seasons in four of his five seasons with the Lancers. In 2011, La Crescent’s starting quarterback was injured and the team went 3-5 overall. 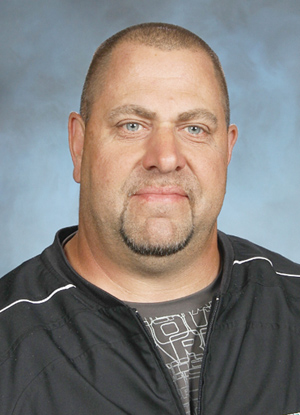 He replaces Matt Schmit, who went 0-18 in two seasons, and while the Packers haven’t won a game in their last 19, Vesel is ready to start the rebuilding process.

“I’ve taken over losing programs before and I like to work hard,” Vesel said. “I’m coming with the intention of making a difference.”

“Obviously, it’s exciting to have an outside person come in and look for an opportunity to rekindle some excitement in the program,” said Steve Justice, a State Farm Insurance agent in Austin and a former All-State defensive back for the Packers.

Justice graduated from Austin in 1982, which went 8-1 that fall in football. Justice knows it will take some time for a new coach to reshape the program, especially with Austin moving up to a bigger class soon.

“It’s a position that’s going to take someone that has a vision, and definitely there’s a process involved,” he said. “We’re just going to have to be patient and support the new regime.”

As for his offensive style, Vesel’s La Crescent teams lined up in the spread formation, but that didn’t mean they were always passing.

“We’re going to do what the defense allows us to do,” Vesel said. “I’m comfortable running or passing or doing both. It’s going to be an up-tempo and we’ll be fast and furious.”

Vesel said Austin superintendent Dave Krenz is one of the reasons he applied for the Austin job, as Krenz used to work in La Crescent.

“I knew the district through him and it caught my attention,” Vesel said. “I felt that it would be a pretty good fit for our family.”

Quednow-Bickler said during the interview process, it was evident Vesel has “key components” they were looking for.

“He has extensive knowledge and background in strength training and development of the athlete, along with a fundamental teaching style,” she said. “Coach Vesel also has a tradition of winning within his programs and we are excited to see him work with our student athletes to develop this tradition at Austin High School.”

Vesel is set to meet with parents of football players at 6:30 p.m. at AHS Feb. 8 and he will meet with team members an hour after meeting with parents.

Vesel is a graduate of Duluth Central in Duluth, Minn., and he received his teaching degree from University of Wisconsin-Superior.

The Aase family is hoping Joe Aase, far right, can continue the family tradition of playing in the state basketball... read more