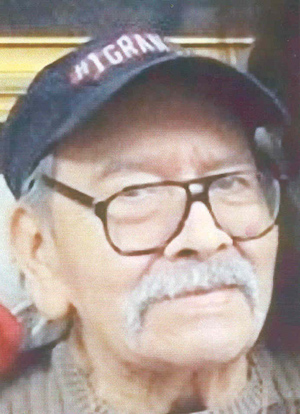 Joe was born Nov. 12, 1928, in Paducah, Texas. He grew up in Piedras Negras, Coahila, Mexico and Eagle Pass, Texas. Joe was united in marriage to Antonia Mata on April 10, 1950, in Piedras Negras, Coahila, Mexico. The couple moved to Adams, Minn., where he worked as a mechanic. They later moved to Austin and worked until he retired from Wilson Foods in Albert Lea in 1989.

Aurelio was a founding member of the Hispanic community in Austin and the surrounding area. He was a devoted member of St. Augustine Catholic Church where he was a pillar in the Hispanic Ministry. Joe was an exceptional musician who enjoyed composing songs and playing his guitar for others. He spent his life devoted to his family and grandchildren.

He is preceded in death by his parents; two brothers; five sisters.

Aurelio will be deeply missed by all who knew him.

A Memorial Mass will be celebrated 2 p.m. Thursday, Feb. 2, 2012, at St. Augustine Catholic Church with Father Dale Tupper officiating. There will be a 7:30 p.m. wake service on Wednesday at Mayer Funeral Home where friends may call from 6 to 8 p.m.