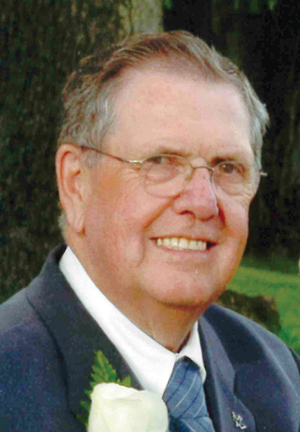 He was born April 21, 1934, in Jackson, Minn., the son of John and Ann (Lee) Iversen. He attended country school near Jackson and graduated from Jackson High School in 1951. After graduation he farmed with his father for a short time before enlisting in the Army. He served in the 11th Airborne based in Ft. Campbell, Ky., during the Korean War era. After his discharge, he enrolled in the University of Minnesota, graduating in 1960 with a degree in soils – agriculture and finance. On June 21, 1958, he was united in marriage to Viola Schirmer in Hancock, Minn. After his graduation from the University of Minnesota, Warren began working as an agriculture representative at the Farmers and Merchants Bank in Blooming Prairie. He later moved to Graceville, Minn., as the branch manager of Production Credit Association, before moving to St. Paul where he worked for FICB. He returned to Blooming Prairie in 1967, to become manager/President of the Production Credit Association before starting Morsen services in 1986. Warren remained active in the business until his health began to decline. He was an active member of First Lutheran Church where he served as President of the congregation and taught Sunday school. He served on the Board of Regents for the Austin Community College for several years and was instrumental in raising funds for Pine Spring Pool in Blooming Prairie. Warren was also a member of Masons, Shriners, Lions Club, Steel County Exchange Club, VFW and American Legion. He liked to play golf, loved to visit people, enjoyed traveling, playing cards and took a special interest in the lives of his grandchildren.

He was preceded in death by his parents, John and Ann Iversen; brother-in-law, Dan Hannon and niece, Jill Naylor.

The funeral service for Raymond Harvey Johnson will be 2 p.m. Wednesday, Jan. 18, 2012, at the First Presbyterian Church,... read more