Jordan Ressler’s family is suing the driver of the lead car in a three-car collision that killed the Blooming Prairie teen in November of 2010. 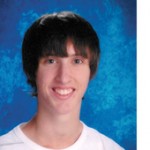 The Resslers filed suit against Jake T. and Stanley L. Elwood on Nov. 30, 2011, more than a year after Jordan died, seeking damages in excess of $50,000. Jake drove the car in front of the one in which Ressler was riding.

The Resslers incurred about $74,000 in hospital bills and $16,500 in funeral costs, according to Jim Suk, the Resslers’ lawyer.

Both parties are gathering information and are expected to start depositions soon, Suk said. The trial does not have a set date but Suk expects the suit to go into court this summer.

Ressler was airlifted to St. Marys Hospital after three east-bound vehicles collided after 6 p.m. Friday, Nov. 5, when a 2001 Volkswagen Beetle slowed because of a deer carcass on Highway 14, according to a state patrol report.

A total of 10 teenagers, including at least five from Blooming Prairie and one from Austin, were involved in the crash.

—Amanda Lillie and Jason Schoonover contributed to this report.