The funeral service for Russell Henry Severson will be 10:30 a.m. Saturday, Jan. 14, 2012, at Trinity Lutheran Church, 104 First St. SE, in Hayfield, Minn., with Rev. Paul Hauschild officiating. Interment will be in Fairview Cemetery in Hayfield with military honors by the Hayfield American Legion Post 330. 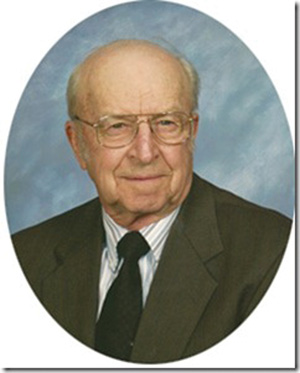 Russell was born Jan. 27, 1925, the son of Henry and Grace (Kramer) Severson in Hayfield. He joined the U.S. Marine Corps in 1946 and was stationed in San Diego and Honolulu. He married Inez Marie Saack on Aug. 30, 1948, at St. John’s Lutheran Church in Austin. Russell and Inez had three sons and two daughters. Russell was a building contractor for many years, but his passion was always farming. He enjoyed fishing, building furniture, and was an active member of Trinity Lutheran Church, Hayfield Lions and the Hayfield American Legion Post 330.

Friends and family may visit from 4 to 7 p.m. Friday, Jan. 13, 2012, at the Czaplewski Family Funeral Home, 501 Second St. NW in Hayfield, and one hour before the service at the church on Saturday. Family wishes memorials to Trinity Lutheran Church.