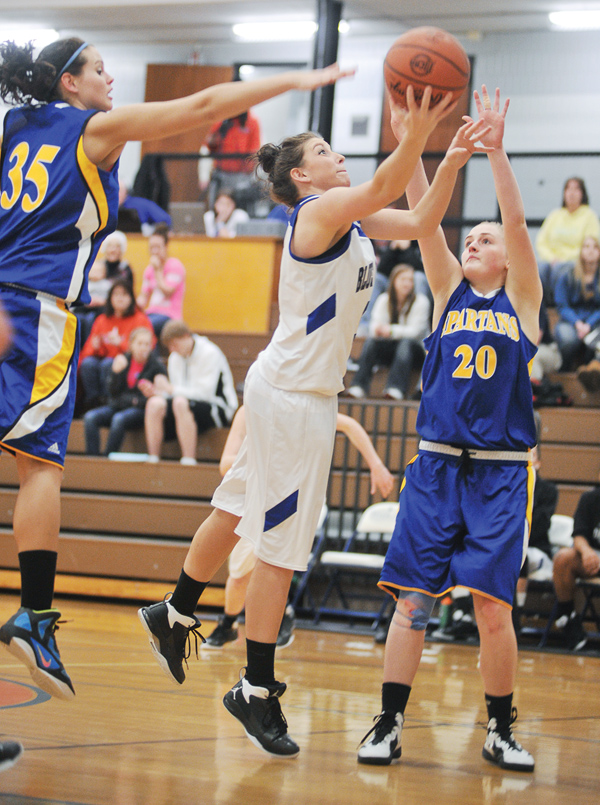 Riverland's Cassie Masberg cuts between Fergus Falls Aann Bjorklund (35) and Taylor Brue (20) on the way to the basket during second half action Wednesday night at Riverland. - Eric Johnson/photodesk@austindailyherald.com 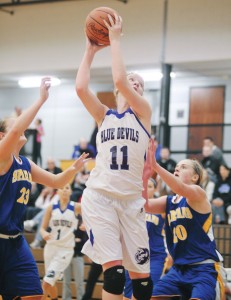 Austin's Rebekah Aase takes a pass inside during the second half against Fergus Falls Wednesday night at Riverland. - Eric Johnson/photodesk@austindailyherald.com

Before Hebrink even knew it, she was scoring two more lay-ups off quick Riverland steals and she added two free throws to put the game away.

“They seemed like they were pretty tired at the end and when we got those buckets, that definitely got our adrenaline going. It happened pretty quick,” Sophia Hebrink said. “It feels good to win this one, because it was so close the whole game.”

While Hebrink closed out the game, Riverland center Rebekah Aase also had a big say in the win as she finished with 26 points, six rebounds and four assists.

“We’re getting better with our post feeds and we’re getting it into Rebekah more often,” RCC head coach Suzy Hebrink said. “We want Rebekah to shoot more instead of looking to give it up.”