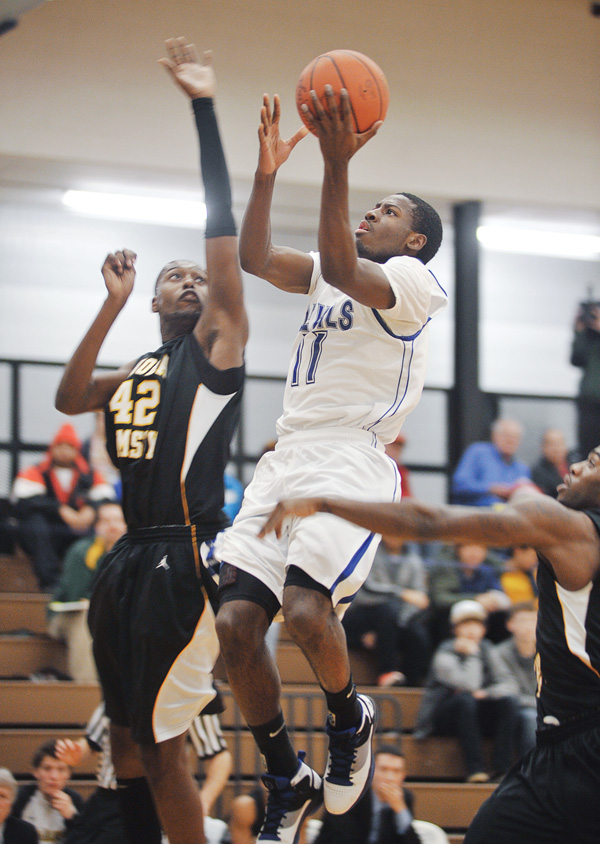 The Riverland men’s basketball team couldn’t match up with Anoka-Ramsey’s height in an 80-57 loss in Riverland Gym Wednesday.

Zach Bunch scored to make it a 25-21 game with 55 seconds left in the half, but the Rams (11-3 overall, 1-0 MCAC South) scored the last four points of the first half and the first three points of the second half to push it to a double digit lead. 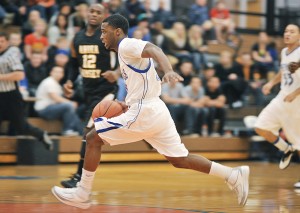 Riverland's Keith Thames cuts into the lane off a break against Anoka Ramsey Wednesday night in the first half at Riverland. - Eric Johnson/photodesk@austindailyherald.com

“We knew they were strong and big, but we stuck with them in the first half and our defense was good,” RCC head coach Scott Koenigs said. “In the second half, we played about as poor as we have all year. We stood around on offense and we were stagnant.”

RCC’s Denzel Smith, who had 19 points and nine rebounds and Bunch, who scored 17 points, didn’t have trouble getting near the rim, but the Rams’ front line forced the duo to miss 19 shots between them.

“We had to adjust a lot of shots because of their height,” Koenigs said.