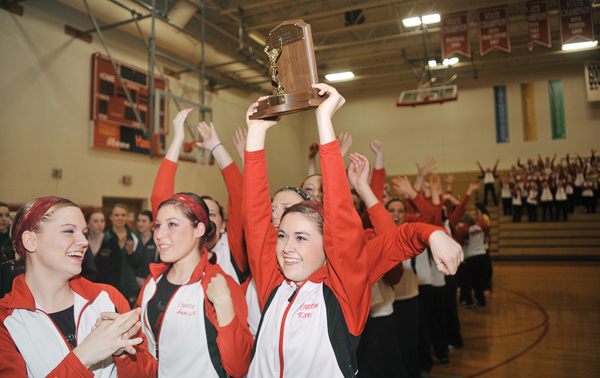 It came down to a tie-breaker, but when it was all said and done, the Packer dance team had won their third Big Nine title in Austin history in Packer Gym Saturday. 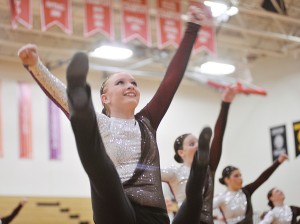 Austin was tied with Faribault, but it won the meet because it’s lowest rank scores were better than Faribault’s.

Austin head coach Jen Sims said the Packers had struggled with keeping up for a whole routine in the high kick, but that wasn’t a problem on Saturday.

“The Austin crowd was amazing, the girls were so excited to be on their home floor, and their performance was the best of the season so far,” Sims said. “It isn’t very often as coaches that we become emotional in the middle of a competition, but that’s what happened on Saturday after our kick team finished their performance.”

Austin’s jazz routine put up its best scores of the season to clinch the conference title.

Austin will now prepare for the Section 1A meet, which will be held in Austin Feb. 11.

The Packers are looking to earn their 10th straight trip to state. 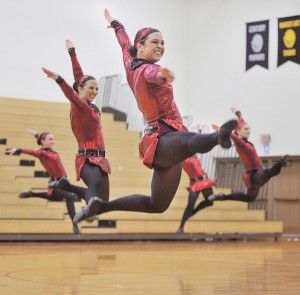 “We definitely have the drive and some new momentum heading into the section tournament,” Sims said. “We still have a lot of work ahead of us as we face a very difficult section, but this definitely helps fuel the fire. The girls are determined put their best yet on the floor.”