A plea agreement was reached Friday in the trial of a man charged with attempted murder. 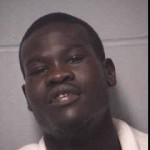 Mongong Kual Maniang Deng, 20, of Rochester, pleaded guilty to attempted first-degree murder and being a convict in possession of a firearm. Charges of first-degree assault and first-degree burglary were dismissed as part of the plea agreement.

Deng entered an Alford plea, which means he admits there is sufficient evidence to be found guilty by a jury; however, it does not require the defendant to admit guilt.

There is no sentencing hearing scheduled for Deng yet, but according to the plea agreement, he is expected to be sentenced to 17 years in prison.

The incident in question occurred Monday, March 28, 2011, around 7:15 p.m. at 200 First St. SE in Austin. According to a court complaint, the victim heard a knock on his apartment door and found a man believed to be Deng standing in the hall with a 12-gauge shotgun. Deng reportedly pointed the gun at his head and demanded money and “everything that was there.”

The victim’s two children — ages 5 and 7 — witnessed the shooting. The man told police he grabbed the gun so his children would not get shot and a struggle ensued.

The man told his children to run to the basement, at which point Deng pointed the gun at the victim’s stomach. At some point the gun was fired, hitting the man in the upper leg area. The court report also states one of the man’s fingertips was shot off.

Two other men — Ojulu Obang Onyongo, 20, and Kevin Michael Lyke, 20 — were already convicted in the case and are serving prison time. Lyke and Onyongo were convicted of aiding and abetting first-degree assault. Both were scheduled to testify at Deng’s trial before the plea agreement was reached.

Pleas entered in a pair cases