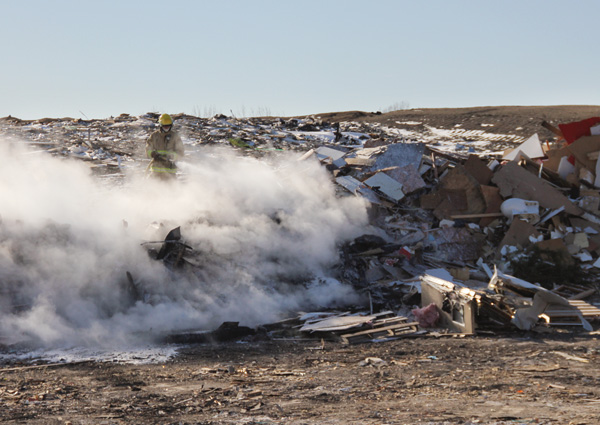 The fire was reported shortly after 1 p.m. Thursday. Firefighters were at the transfer station for less than two hours before the blaze was extinguished.

There were no injuries, and authorities said they would not be investigating the fire. They said the fire was in the demolition landfill area where building materials are dumped.