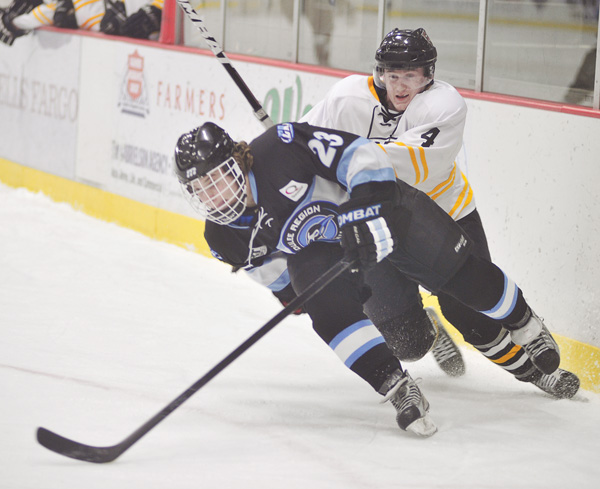 The Austin Bruins got off to a fast start, but had to work to hold on to a 4-2 win over Coulee Region (11-20-6 overall) in Riverside Arena Wednesday.

Since they’re off this weekend the Bruins (21-12-4 overall) came out with plenty of energy as they scored three goals in the first 12 minutes of the game. 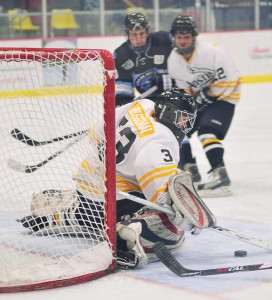 Matt Hansen slapped one past the goalie, CJ Smith scored on a put-back and AJ Reid drilled a slapshot from just inside the blue line to make it 3-0.

The Chill scored two straight goals to make it 3-2 in the second period and the Bruins finally put the game away when John Simonson scored with 50 seconds left in the game.

“The start was real key and we knew we didn’t play over the next few days,” said Austin defenseman Jonathan Gehrt, who had two assists in the win. “We kind of fell back and allowed a couple of goals, but we battled back in the third and it was nice to get that goal. Everyone’s nerves were running and after that we knew we sealed the deal.”

Tyler Bruggeman finished with 26 saves in the win for Austin, which basically has a playoff spot wrapped up as they are 36 points up on fifth place Minot in the Central Division.

However, Gehrt said the Bruins aren’t thinking playoffs just yet as there are still 23 games left in the regular season and seedings are still up for grabs. 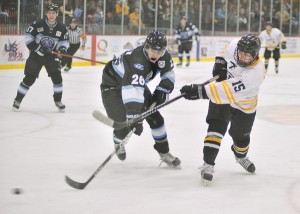 “We’ve just got to keep going. We need to go one game at a time, if we look at it like we’re already in the playoffs, we could slump easily,” Gehrt said. We’ve got to work hard on getting points and getting home ice.”

The Bruins drew 1,228 fans for the Wednesday night game.

“The fans really get us going when we’re sick or tired.” Gehrt said. “They really help us out.” 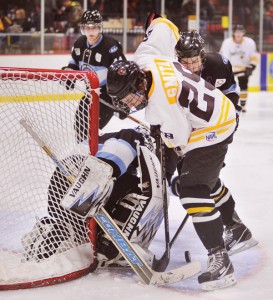 Austin's C.J. Smith tries to stuff the puck in during a scrum in front of the Coulee Region net during second-period action Wednesday night at Riverside Arena. - Eric Johnson/photodesk@austindailyherald.com

BY BOB AND GINNY RIEGE Off-season projects for the hunter make hunting season get here faster February is a difficult... read more