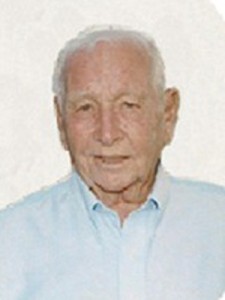 Edmund S. “Ed” Emerick, 89, passed away Thursday, Jan. 19, 2012, at Field Crest Care Center in Hayfield, where he had been a resident for the past two years.

Ed was born June 15, 1922, in Wayne, Mich., to Edmond J. and Grace (Begin) Emerick. On Feb. 23, 1946, he married Mary E. Nolan at St. Patrick’s Catholic Church in Carleton, Mich. They farmed in the Carleton area until 1971, when they moved to Waltham. They continued farming in the Waltham area until retirement. Ed and Mary enjoyed wintering in Winter Haven, Fla., for many years until poor health prevented them from traveling.

He is also survived by a sister, Golda Lawlor of San Andreas, Calif.

He was preceded in death by his parents and two brothers.