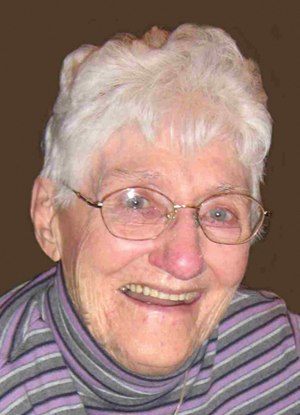 Born Dec. 25, 1918, to Charlie and Mary (Kluge) Splett in Webster, Wis., Dorothy grew up and attended school in Elysian, Minnesota. A farmer her entire life, she married Ervin Fett in Elysian on Nov. 17, 1940. They made their home on a farm near Waltham until moving to Austin in 1995. An active member of St. Michael’s Lutheran Church, Dorothy was known as the “chicken lady,” because she raised chickens and sold eggs. She enjoyed gardening, playing cards, traveling and entertaining her friends and family. They moved to Maple Grove in 2005. Ervin passed away on June 26, 2006.

She was preceded in death by her parents, Charlie and Mary Splett; husband, Ervin; two brothers, Melvin and Lester Splett.

Funeral services will be 11 a.m. Saturday, Jan. 28, 2012, at St. Michael’s Lutheran Church, rural Waltham with Pastor John Heruth officiating. Visitation is one hour prior to the service. Interment is at St. Michael’s Lutheran Cemetery, rural Waltham. Condolences may be expressed to the family online at www.worlein.com. The family prefers memorials to donors’ choice. Worlein Funeral Home of Austin is in charge of arrangements.