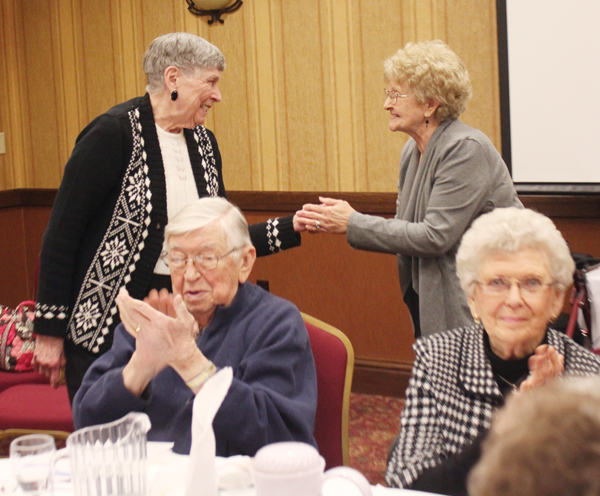 Even though the Mayo Clinic Health System in Austin’s Auxiliary has fewer volunteers than in the past, those who remain are still pulling strong.

The 100 active volunteers of the auxiliary, five fewer than last year, put in 9,542 hours of service for MCHS-Austin. Furthermore, they were an integral part of raising funds toward the $28 million expansion that is currently underway at the medical center. Those volunteers joined forces with Mayo employees, administrators, local businesses and health care supporters and raised $2,057,000, which is just $433,000 short of the fundraising campaign’s goal. 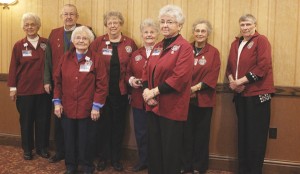 Mayo employees and volunteers alone have raised $567,000 of the total thus far.

While the auxiliary still lacks a full-time president and vice president, a steering committee hopes to elect new ones within several months, said

Janet Borchardt stood out as the only member to receive a 12,000-hour pin at the event. Johnson pointed out 12,000 hours is roughly six years of full-time service.

Borchardt, who has been second vice, vice president and president, has volunteered for Mayo for roughly 20 years.

“I’ve always enjoyed the Auxiliary,” she said. “It’s just an important part of my life.”

Borchardt has been involved at MCHS-Austin with the coffee shop and currently works in the gift shop.

“I think it’s very worthwhile,” she said about not only volunteering for the auxiliary, but anywhere. “I wish more people would do it.”

The Jackson County man who shot and killed a cougar on Nov. 27, 2011, was issued a citation on Friday,... read more