A right turn for Lefty’s 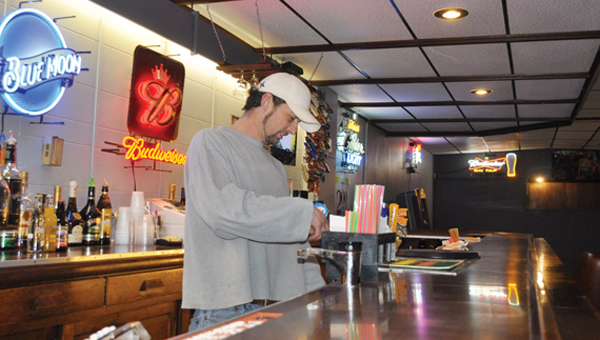 Lefty’s Bar has been a mainstay on the northeast side of Austin for nearly seven decades, but its new owners have changes in the works.

Lefty’s is being purchased by Gina Luehrs and Mike Beckel from Jeff Daily, and the pair redid the dance floor, remodeled the walls and bathroom and added flatscreen TVs, among other improvements.

“There’s a lot of history behind this place, and we’ve had tons of positive comments,” Luehrs said. “(Our customers) have been very, very receptive.”

Luehrs said they hope to fix up the exterior this spring, and eventually add new bar stools and counter tops.

The updates are part of a push by the owners to attract the younger crowd.

While Lefty’s has a large, steady group of regulars — who Luehrs said were “beating the door down to get in” when they reopened on Jan. 5 — they also would like to see more of the 20 somethings group.

“It’s always been a working man’s bar,” said Jim Daily, father of the previous owner. “But we’re trying to change that a little.”

Daily said they started to change their image a few years ago, as they have been booking bands on weekends on a regular basis.

Still, Daily said all ages are welcome and he hopes the improvements keep them going for years to come.

“The new look has really impressed me,” he said. “And as far as I can tell, Lefty’s is going to be here for a long time.”

Mother arrested for DWI at school

A 40-year-old Austin mother was arrested Wednesday afternoon for allegedly driving drunk to pick up her son from school. Police... read more