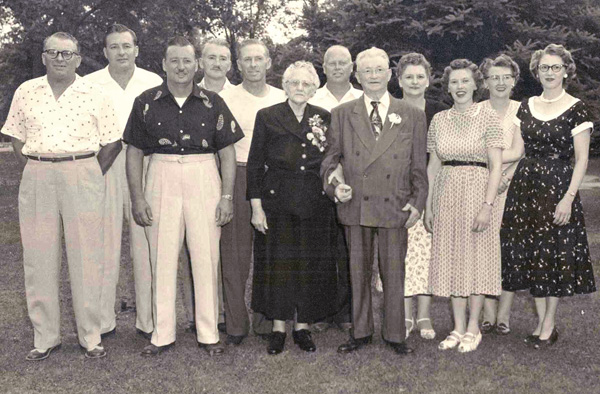 Neville's play, "A Common Thread," is based on the Nelson Family history. Neville's grandparents Hans Peter and Maria came to the area around the turn of the 20th century. - Photo provided

Debi Neville is a local writer with an international family mystery.

The 60-year-old Rochester woman, who grew up in Spring Valley, has always known something was fishy about her maternal grandmother’s past, but she and her relatives could never figure out what had happened until last year.

Neville will share that mystery with Austin residents this spring in “A Common Thread,” a play based on the true story of her family’s mysterious history. 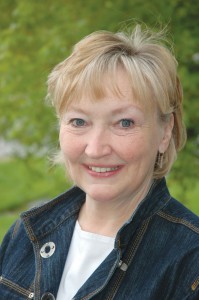 “People would talk about it, but … the subject wouldn’t come up,” she said.

Neville’s family has deep roots in the area. Though Neville grew up in Spring Valley, her relatives from Austin would visit every weekend when she was young. Neville’s grandparents, Hans Peter and Marie Nelson, were well known as Hans Peter the blacksmith helped build Queen of Angels Catholic Church.

That search makes up much of “A Common Thread,” and a previous story she wrote called, “The Lost Brother.”

Neville has loved reading and writing since she was young. Growing up on a farm, she cherished the weekly visits to the Spring Valley library. In sixth-grade, she wrote her first play.

“We put it on,” she said. “My teacher said it was good enough to perform.”

Her writing, and her passion for words, grew as she went through high school. At 18, she sold a play to Augsburg Press and started at Winona State University soon after. She didn’t stay long, as she married a teacher from Spring Valley at 20 years old, just before her sophomore year in college.

Neville stayed busy however, embarking on her career as a realtor and founding the Brave Community Theatre.

She never stopped writing, though. She has a few play scripts under her belt (more than five and less than 10), and she has always had interest in writing a book.

It was that interest that spurred her to attend college once more about five years ago.

“My intention was to go back and take classes to kind of spur me on to be the impetus to do more writing,” she said. “What I really wanted to do was write a book, do more writing, and I just wasn’t doing it.”

Neville’s plans veered, however. She found herself enjoying communications classes at Rochester Community and Technical College, which led her to freelance opportunities with Rochester Magazine and several local newspapers.

She wrote “The Lost Brother” during one of her RCTC classes, drawing from her life experiences.

“Everybody said, ‘Oh my gosh, you have to do more with this,’” she said.

Yet the story wouldn’t come at first. She worked with the story, trying to piece it together, but didn’t get far. That changed when she had a revelation, almost like it was out of a story.

“Literally one night I woke up, sat up in bed, and said it’s a play, not a book,” Neville said. “Once I figured that out, it really started to come.”

Things picked up quickly as Neville secured a $5,000 grant from the McKnight Foundation last April. Once she and her cousins finally solved her grandmother’s mystery, she had all the details necessary to finish the play. The script doesn’t exactly read like real life, however, as Neville changed a few details and took a few liberties to streamline the script.

The play will be a family matter, as Neville’s daughter Mariah Mihm will play her mother and grandmother. In addition, family photos and memories will provide the backdrop on-stage, and the play even has music provided by local musician Maria Kujawa.

“These things have just been coming together,” Neville said. “It’s like karma.”

Northwestern Singers are a jewel in Austin

The support Austin and the surrounding area has for arts, entertainment, and cultural activities never ceases to amaze me. We... read more