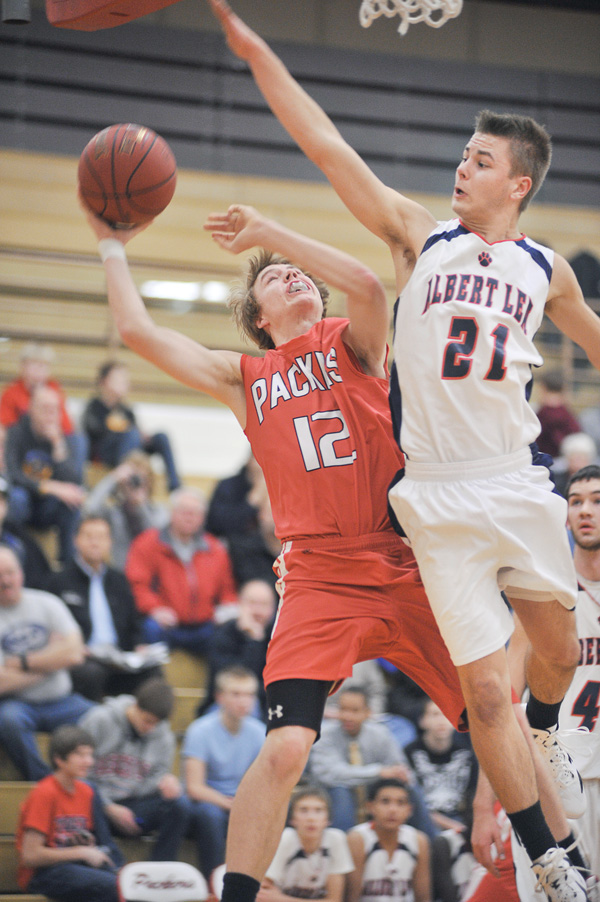 The Packers pressed until Albert Lea couldn’t handle it as they blasted the Tigers 81-42 in their Big Nine boys basketball opener in Packer Gym Tuesday. 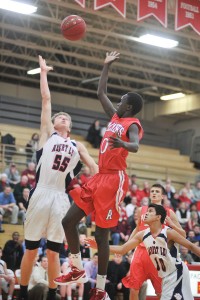 Austin (2-1 overall, 1-0 Big Nine) forced 25 turnovers and most of them led to easy looks for guards Zach Wessels, who finished with 22 points, and Goliath Oboyo, who had 14 points.

“Me, Oboyo and (Nate) Schwab were getting steal after steal and we just blew them out with the press,” said Wessels, a sophomore guard who added five rebounds, five assists and eight steals, while committing just one turnover. “They probably ran like seven deep and we went ten deep. The press was probably tiring for them.”

While the Packer guards harassed Albert Lea (0-2 overall, 0-1 Big Nine) on the perimeter, Tom Aase was handling things inside as he finished with 12 points, 10 rebounds and five blocks.

Austin closed the first half on a 12-3 run and it outscored Albert Lea 27-7 in the first stretch of the second half before the starters bowed out.

“We’ve been waiting for this for awhile,” Tom Aase said. “Our fans are some of the best in the Big Nine and we’re always excited when they come out and support us.”

“Our defense was terrible in the first half. It wasn’t as good as we wanted,” Tom Aase said.

While the Packers are glad to get a win over their biggest rival, they’ve got bigger plans for the season ahead and they know tougher tests await.

“It feels good, but we can’t get a big head,” Wessels said. “We’re going to play way better teams down the road. It was nice to see everybody getting into the flow.” 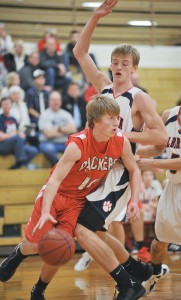