AHS grad legacy at the carnival 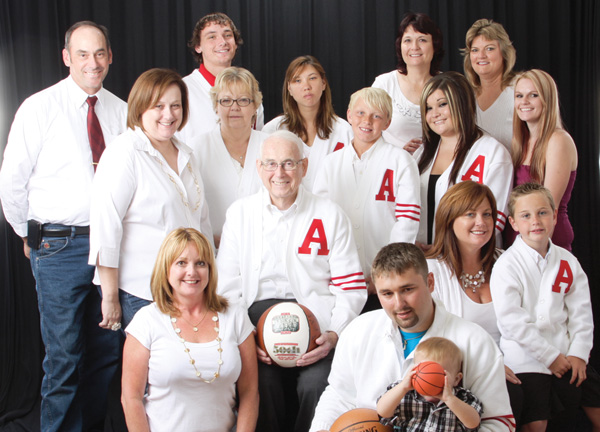 The crowd’s the thing for Earl Butler. Putting smiles on people’s faces was what he lived for. From his roots in Austin working at his father’s grocery store to his ownership of the largest amusement park company on the Western seaboard, Butler wanted to make people happy.

“Butch,” as he was known, won’t be seeing smiles on Earth anymore, however. He passed away last Wednesday, Dec. 21 Kaiser Santa Clara Medical Center in Santa Clara, Calif. He was 69 years old.

“We are so saddened by the loss of our beloved father,” Butler’s family said in a statement. “Those who knew him, loved him and will never forget him. He raised us in an industry that he truly loved and we will carry on the legacy.”

Butler, along with his son Sean and daughters Tami, Kelley, Kris and Jill, helped build Butler Amusements as the premier amusement park company in the western states.

Earl was born in Austin in 1942. From age 8 on, Earl worked at his parents’ grocery store, learning important lessons about business from his family. At 13 years old, Earl helped his father George run a game concessions operation at various festivals on weekends. George and Earl’s mother Evelyn would eventually purchase even more games, eventually purchasing rides. When Earl was 18, his parents moved to California — rides in tow — while Earl attended Austin Community College.

Earl and wife Mary Lou moved to California in 1967 to join George and Evelyn in touring at various carnivals. By 1970, Earl and formed Butler Amusements with his parents and began a whirlwind career of expansion and innovation in the carnival industry.

Butler Amusements grew to immense heights since then, with more than $50 million in equipment (including some of Michael Jackson’s rides from Neverland Ranch) and securing contracts with county and state fairs in California, Oregon, Washington, Idaho, Nevada and more. His rides were featured in several films including “Doc Hollywood” and “Beverly Hills Cop 3,” along with a reputation for being among the cleanest amusement parks around. Butler Amusements earned the reputation as the “Cleanest Show in the West,” due to Earl’s initiatives for cleanliness amongst rides and operators.

In his twilight years, Earl secured many achievements, including his 2005 induction into the Western Fairs Hall of Fame and his leadership in several organizations like the Showfolks of America, Showmen’s League of America, Western Fairs Association and more. He was also inducted into the Austin High School Distinguished Alumni Hall of Fame last year.

Butler credited his time in Austin learning the ins and outs of business as the secrets of success, and the Distinguished Alumni award felt like a lifetime achievement for him at the time. He encouraged the students to give back as much as possible.

“More comes back to you than you can ever give,” he told students in 2010.

“Our family has been very comforted by the stories about our dad and the thousands of peoples lives he’s touched,” Butler’s family said in their statement. “We will be celebrating our father during this holiday season knowing he is now at peace.”

Celebrating the New Year in Austin