The $28.9 million referendum for a new fifth- and sixth-grade school isn’t the only education issue on the ballot this Tuesday.

Through forums, news articles and questionnaires, each candidate has given his or her views on issues ranging from the referendum to technology and diversity.

All candidates have given the same or similar answers on many district issues, however, with no one candidate standing out from others on any large issue.

Only McAlister, a Mayo researcher who plays up her managerial and budgetary experience, has shown concern over the possible tax impact on residents, although she previously said she understands the district’s need for more space.

Ollman has spoken at length about his humble upbringing and sensible nature and has worked in Austin schools for 31 years as a speech and language pathologist.

He said getting rid of the achievement gap between white and non-white students and other diversity issues should be a district priority, a sentiment shared by Goetz, property manager at Western Manor Apartments, who believes her experience as a mother of two elementary students would be an asset.

Fox, who worked as an elementary principal and Austin High School assistant principal among other positions in Austin for more than 30 years, said keeping teacher quality high and improving curriculum is a district priority.

Green, who has 16 years experience as a board member and has served on several state education policy committees, previously said the district’s overcrowding issues along with preparing for budgetary shortfalls remain large district issues.

Larson, of Hill, Larson, Walth & Benda, an accounting firm serving Austin and Albert Lea, also believes the district’s fiscal policies are important given the decreasing state and federal funding to school districts. Larson also believes the district must address the No Child Left Behind mandates which are set to wrap up in 2014. Minnesota Department of Education officials sent a NCLB waiver request to the federal Dept. of Ed. in August, with no response from federal officials yet. 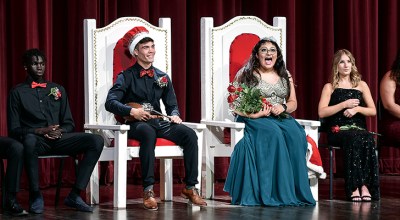