When Egyptian-born Christian and nationwide speaker Usama Dakdok visits Faith Evangelical Free Church in Austin Saturday, he’ll share what he says is a powerful message not against Muslims, but in opposition to their religion. 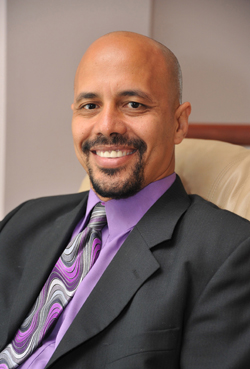 “It is very important to know that I am not anti-Muslim; I am anti-Islam,” he said.

Dakdok, a graduate of New Orleans Baptist Theological Seminary and now a resident of Florida, will share his Christian ministry’s perspective on Islam. Through his foundation, The Straight Way of Grace Ministry, Dakdok travels the country and teaches what he calls the literal word of Islam to Christians and Muslims alike.

Dakdok said many Americans ignore what is happening within the Islamic faith, and many people have misconceptions about the religion. Dakdok and his ministry completed an English translation of the Quran, and they want to teach people what they believe the Quran says — as opposed to what people often perceive.

“We need to learn the truth about Islam, and it is written in the book,” he said.

One of Dakdok’s key points is the Doctrine of Abrogation, which is the removal or alteration of verses within the Quran for newer verses. Because of that doctrine, Dakdok said the Quran has inconsistencies. He believes the final word of the Quran has serious implications against all who are not Muslim.

Dakdok will deliver his speech 7 p.m. Saturday at the Faith Evangelical Free Church youth building. To find out more about Dakdok and his ministry, go to www.thestraightway.org.