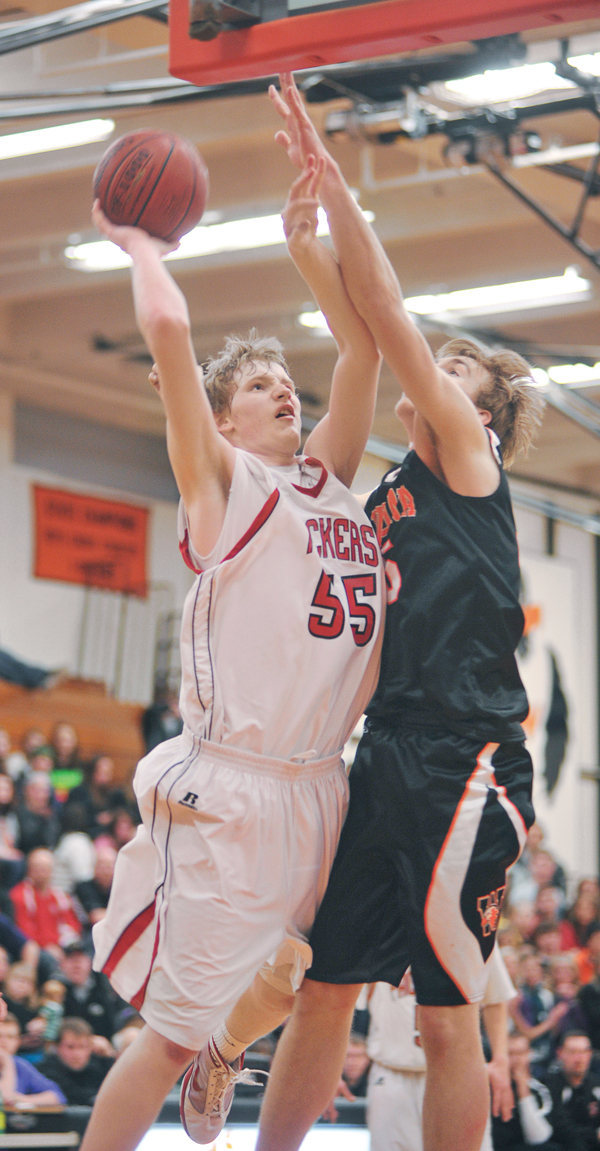 WINONA — Just when it looked like the Packers were on the verge of an upset of top-seeded Winona, they ran out of gas and the Winhawks came through with a 45-40 win in the Section 1AAA boys basketball semifinals Saturday.

No. 4 seeded Austin (14-12 overall) led 32-24 with 9:18 left in the second half after Joe Aase hit a mid-range jumper. From that point, the Packers hit a eight and a half minute scoring drought that saw Winona run off 16 straight points. 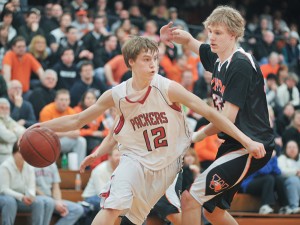 Winona made its push when Anthony Inman started to run free off of Austin misses. Inman scored off two breakaways and a drive to the hoop during the run.

“I’m proud of our guys and we played a darn good basketball game, but I thought we hit a wall and got a little tired,” Austin head coach Kris Fadness said. “We started turning the ball over and missing shots. We did everything we wanted to and we just wore down.

Austin played its starters heavy minute to keep up with the Winhawks (21-4 overall), who are ranked No. 3 in Class ‘AAA.’

“I probably should’ve set up a rotation and subbed a little bit more. But when you’re in the section tournament it’s hard not to ride your horses,” Fadness said.

After struggling for much of the second half, the Packers did find a late burst as they scored seven points in the last 33 seconds. Zach Fadness hit a three that turned into a four-point play when he was fouled to make it 40-37 and Joe Aase knocked down a three to make it 42-40 with 13 seconds left. 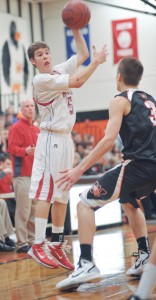 Austin guard Zach Fadness jumps to pass inside in the second half of their Section 1AAA semifinal game against Winona Saturday night in Winona. - Eric Johnson/photodesk@austindailyherald.com

“We tried to make some plays to make it interesting, but give them credit, they hit their free throws,” Fadness said.

Blacklock finished with 14 points and 12 rebounds, but his impact went beyond the box score. He threw down a breakaway jam to make it 9-2 in the first half and he powered a breakaway dunk over Joe Aase to make to cut Austin’s lead to 23-21 early in the second half.

“Blacklock can jump about twice as high as I can jump and he’s very strong,” Joe Aase, who had a jam of his own in the second half, said. “But we got better each time (against Winona). We kind of knew how to play them.”

After Blacklock’s dunk, Zach Fadness hit a three and Zach Wessels hit two free throws to make it 28-22 with 11:22 left.

Fadness, one of four seniors who played for Austin, finished with nine points and two steals.

Kris Fadness said his senior class will be missed next season and although Austin returns its top three scorers next year, the squad will still have to improve in the offseason.

“I hope the young kids understand how our seniors helped them,” Fadness said. “The young kids got a lot of attention this year because they were our three leading scorers and they’re good players, but I’d like to believe the reason they had a lot of success is because we had some solid seniors who took them in.”