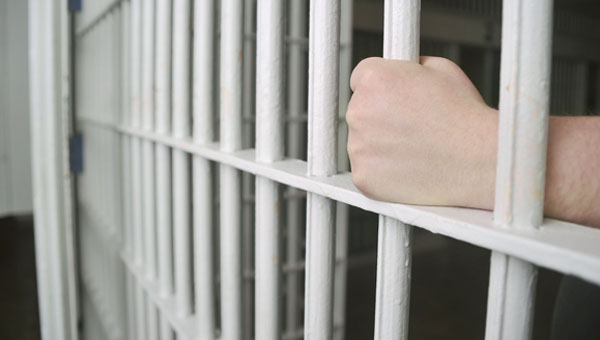 The Mower County jail often houses “frequent fliers,” or repeat offenders in the court system. Such individuals often circulate in the court system on more than a dozen low-level felonies and misdemeanor charges before finally landing in jail. -- Eric Johnson/photodesk@austindailyherald.com

Part one in a series

Marcus Thurmond has appeared in Mower County courtrooms more than 100 times for more than 20 criminal incidents since 1993.

Juan Irlas has been charged with disorderly conduct, assault, driving while intoxicated and several drug crimes.

Jeffrey Ehmke has been charged with DWI, burglary, disorderly conduct, assault, inflicting or attempting to inflict bodily harm, resisting arrest and driving after a canceled license.

There’s a select portion of the public — like Thurmond, Irlas and Ehmke — that law enforcement gets to know very well.

These people are known in the law enforcement community and courts as “frequent fliers.”

Tight budgets have county and state officials looking for ways to deal with frequent fliers, or repeat offenders cycling through the court system for low-level felonies and gross misdemeanors — many because of chemical dependency.

Though frequent flier is not a textbook term, it’s one that comes up when there’s a name commonly appearing on monthly reports.

“It’s those repeat customers that are utilizing the service that’s afforded to them — that they’re entitled to — multiple times,” said Social Service Supervisor Brent Gunderson. He said the term also applies for people who frequent the jail, detox and chemical dependency treatment.

The problem comes because many people aren’t rehabilitated, regardless of the amount of treatment or the number of times a person has been jailed or served probation. The justice system’s guidelines also allow for several misdemeanors and gross misdemeanors before prison time is recommended.

“You can accumulate quite a record before you end up in prison,” said County Attorney Kristen Nelsen.

Budget crunches at the state level have caused the Department of Corrections, Human Services and other agencies to curb treatment costs. It also has them looking for ways to save money and alter service methods.

“I think the budget concerns have highlighted a lot of different issues to how services are provided, what’s being provided, whether or not they’ve been effective,” Gunderson said.

One potential solution to stave the cost of chronic inebriates is to place people in long term support housing. Such facilities, also called “wet houses,” allow people to continue drinking.

The facility does not treat people for chemical dependency — it simply gets them off the streets and prevents them from hurting the public.

“We certainly hope that (there are) folks that we have in Mower County that could benefit from a placement there,” Gunderson said.

On one end, it keeps people from becoming homeless and keeps people off the streets, while providing good nutrition. However, some argue it’s closing the door on a person.

“Other people are saying we’re simply assisting them in their own suicide,” Judge Donald Rysavy said.

It’s not that officials oppose rehabilitation. In fact, Rysavy said he often sentences people to treatment and rehabilitation in the hope of successfully graduating them from the system.

“I will always explore treatment options before I will simply throw people in jail,” Rysavy said.

However, he noted many of the people continue using treatment multiple times. The question boils down to how much treatment is too much.

“At some point in time, they’ve exhausted those opportunities and then all you can do is keep them off the streets … In many ways it’s depressing,” Rysavy said.

“It’s not good,” he added. “For all practical purposes, it’s an admission that we’ve given up.”

Correctional Services Director Steve King admitted there is a small number of people who have exhausted treatment options many times and haven’t corrected their problems. King said there’s a need to keep those individuals safe and off the streets.

“I hate to advocate for someone who’s a chronic alcoholic or drug addict to continue to use, but if that keeps the public safer, there might be an option in looking at that,” King said.

While a wet houses could be seen as giving up, it may be viewed as a more affordable alternative to treatment.

“It’s got to be concerning for most counties — the cost of treatments, the cost of assessments,” Gunderson said.

On top of detox costs, Human Services pays for Rule 25 assessments, which determine whether a person is chemically dependent. The test has a bearing on whether someone is deemed eligible for treatment, which can be a way to shorten jail time.

Rysavy admitted people will seek treatment as a way to avoid jail.

“I see it more often than I’d like to see it,” Rysavy said.

Each Rule 25 Assessment costs about $100, Gunderson said, who estimated there are about 25 a month. Though some people pay for their own assessments, Gunderson said the county pays for the majority of them. That means county taxpayers are shouldering the bill.

The cost of chemical dependency treatment is mostly funded through a combination of state and county taxes.

Rule 25 is good for a period of time, but anyone can request one — including those who request second opinions, according to Gunderson.

“It’s kind of an endless entitlement,” Gunderson said. “Go as many times as you want or need.”

That entitlement often translates to a hefty cost, like in 2007, when chemical dependency treatment costs ballooned by about $200,000. But Gunderson said they’ve pulled the costs down since.

According to Gunderson, counties could reduce costs by allowing local officials to deny Rule 25 Assessment requests if someone has a history of chemical dependency.

“It would be nice if the local government had a little more control or discretion to the approach with treatment,” Gunderson said.

Mower County is now partnering with 10 other counties to have navigators — who Gunderson compared to social workers on steroids — to take a hands on approach in helping rehabilitate repeat offenders.

The navigators help the person find stable housing, find a job, get on their feet and hopefully leave the justice system.

“We’re hoping the folks that have consumed a lot of our treatment monies that are referred there will get some help, see some benefit,” Gunderson said. “Then we won’t see them on our list of monthly payments for treatment.”

The county will have six people working with the navigators at any given time — all enter the program voluntarily.

In the past, Mower County has only offered limited case management because the county doesn’t have the resources or funding available.

Gunderson said the project has been slow to get off the ground in its first six months, but they’re eager to see the results.