Board chairperson Meneguzzo to serve as interim president

Austin-based KSMQ Public Television’s board of directors announced today that it is looking for a new president and CEO.

Former CEO Marianne Potter, who had been with KSMQ for about two and a half years, left the station about two weeks ago. A KSMQ spokesperson would not comment on the circumstances regarding Potter’s departure. 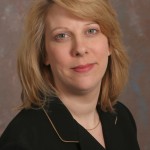 KSMQ Board Chairperson Suzy Meneguzzo will be the interim president and CEO. Meneguzzo has 20 years of nonprofit experience as well as familiarity with the region, a news release from KSMQ said. She most recently served as Southern Minnesota Initiative Foundation’s grants director. She has been on KSMQ’s board for more than two years.

The leadership transition comes as KSMQ concludes a successful membership drive, the news release said. KSMQ raised nearly $34,000 in pledges and donations from more than 300 members.

“Our viewers have shown us that they are as committed to KSMQ as the board and staff are to serving them. KSMQ remains the only locally owned and operated public television station in southern Minnesota and northern Iowa and we are committed to telling the stories of our region,” Meneguzzo said.