Freshman leads Packers to a win 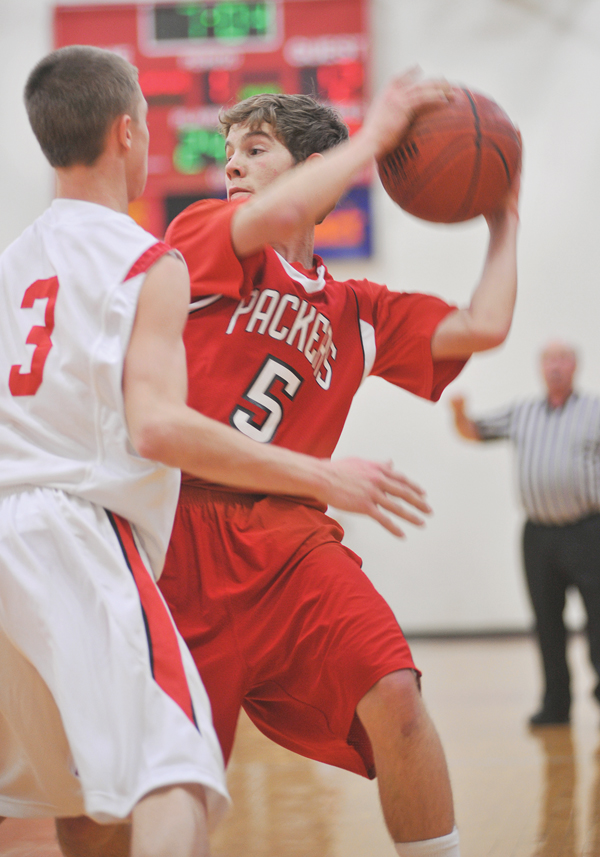 With the Packers struggling to find an offensive rhythm for most of the night, their freshman point guard picked a great time to grow up a little.

Zach Wessels scored nine of his 16 points in the second half as he helped lead the Austin boys basketball team to a 52-47 win over Mankato West in Packer Gym Friday.

“Coach is telling me to just shoot more and if I got it, to take it,” Wessels said.

Wessels also had seven rebounds, three assists and two steals, while going five-for-nine from the field.

“I thought Wessels was outstanding tonight,” Austin head coach Kris Fadness said. “He was tough, he was physical on the glass and around the basket. He stepped up and had a heck of a game for us.” 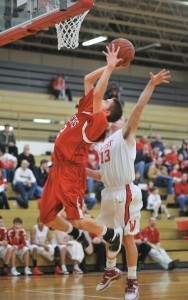 Austin's Matt Duren puts the shot up after being fouled by Mankato West's Alex Knutson in the first half Friday night in Packer Gym. - Eric Johnson/photodesk@austindailyherald.com

Wessels hit three of four free throws in the last two minutes, but his shot that would’ve put Austin up four with 11.8 seconds was a little off.

Joe Aase hustled and hit the floor to get the offensive rebound and he hit two free throws to make it 52-47 with 7.8 seconds left in the game.

“Right before he shot it, I said to myself ‘I can get this rebound and if I get the rebound the game is over because I’ll make the free throws,’” Joe Aase, who finished with eight points, six rebounds and seven blocks, said.

Austin hit just 39 percent of its field goals and it struggled to find a consistent offense throughout the night, but it was able to make a big play down the stretch.

“I just tried to pound it inside in the second half, and I wasn’t really hitting, but I did find Jay on that one,” Joe Aase said.

Ettinger’s trey was Austin’s last field goal of the game and the Packers (4-6 overall, 4-2 Big Nine) hit just 8-of-14 free throws in the last five minutes of the game.

“We definitely have some things to work on, but it’s a start,” Fadness said.

Tom Aase and Wessels hit early threes to give Austin a 6-5 lead, but the Packers didn’t score inside the perimeter until Matt Duren hit two free throws, stole the ensuing inbounds pass and converted a lay-up to make it 10-10.

Duren scored 10 of his 12 points in the first half.