Romance from beyond the veil 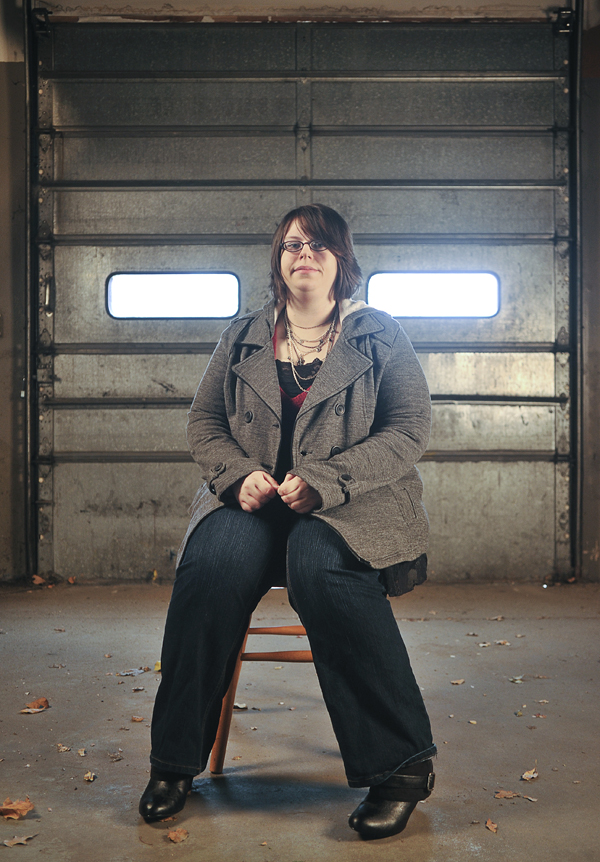 Amanda Hocking has taken to online publishing for her books of paranormal romance by turning to Amazon’s Kindle. - Eric Johnson/photodesk@austindailyherald.com

Amanda Hocking loves Val Kilmer, Batman, John Hughes movies and being able to quit her job after becoming a rising star in the online publishing world.

Hocking, who was born and raised in Austin, is a paranormal romance author who writes about anything from vampires to trolls to witches and zombies. What’s impressive is that she’s self-published at least one book a month for about seven months, primarily through Amazon’s Kindle service. Thus far, she’s sold more than 25,000 copies of her books.

Hocking appears unassuming and slightly nervous at first glance, and walking down the street one wouldn’t immediately mark her as an author. She definitely has a creative streak, however, as she’d been writing stories for as long as she could remember. Regardless of what else she wanted to be at the time, Hocking always wanted to be an author.

“It was always in the background.” Hocking said. “I thought it would always be a part of whatever I did. There was pretty much never anything else I wanted to do.”

The 26-year-old had written about a dozen novels, and although she hadn’t had any of them published through the traditional means of publishing before, she’s since been able to publish many of the books in her back catalog.

Hocking hadn’t thought about online publishing until she read an article online one day, which talked about the process of publishing yourself.

Although a self-published author is usually taking a big risk, it’s paid off for Hocking. It took about three or four months before she started publishing her own novels, first by hiring a freelance editor who edits her books as well as finding a core group of Beta readers, or readers that peer edit her work for grammar and clarity before she finally decides to send the novel off. She recently was able to quit her job working at REM as an assisted living worker. While she enjoyed the job, it was time to move on.

Nowadays, Hocking is most well-known for her vampire romance series, “My Blood Approves.” The series is based on the misadventures between a 17-year-old girl in Minneapolis and the vampire brothers she befriends, getting caught in a love triangle while facing danger and dark situations with a bit of humor mixed in. While she’s published four of her planned five-book series, paranormal romance wasn’t the first thing Hocking wanted to be known for, however.

“When I first started writing, I wanted to write something that was deep, meaningful and important, like ‘1984,’” she said. “But I’m kind of a fluffy person. I want to entertain people without getting too deep.”

While Hocking concedes the paranormal romance genre’s popularity influenced her decision to start writing similar books, she’d been stewing over ideas about her novels for a long time. According to Hocking, she’d been reading paranormal romance books for a while, and thought she could write stories that didn’t paint vampires as being so serious.

“I feel like they’re not very fun all the time,” Hocking said. “They’re vampires! It shouldn’t be the end of the world, it should be them having fun.”

While she’s been publishing the My Blood Approves series, she’s also started a trilogy on trolls, called the Trylle trilogy, which revolves around a teenage girl’s journey of self-discovery, during which she learns about the world of trolls. In addition, she’s written a novel about zombies (called “Hollowland”) and plans to unveil another series about witches, titled the “Witches of Honalee.”

While many consider her a success story based on the amount of books she’s sold, Hocking still maintains she is the same as she’s always been, even seeming unsure about the question of her fame.

She welcomes questions and interviews, although it seems like there’s not as many interview requests ever since she started publishing more and more novels.

While every author’s path to success is their own, it takes a lot of hard work, according to Hocking.

“You need to write a lot, you need to read a lot, and research a lot,” Hocking said.