Candidates for sheriff square off

With a week to go before the election, county residents had one last peek at the issues that motivate the future sheriff.

In a debate hosted by the Austin Daily Herald and KSMQ, Sheriff Terese Amazi and Sgt. Jeff Ellis spoke about issues ranging from communication in the department to operating the new jail and immigration.

Ellis maintained that communication is a concern in the sheriff’s department — an issue that’s been a common theme in his campaign.

In the last six years in the department, Ellis said there has only been one supervisors meeting.

“If we’re not discussing issues between communications, patrol and the jail, how can we run a multi-million dollar operation?” Ellis said.

Amazi maintained she’s kept open lines of communication in the department through an open door policy.

“I meet with my supervisors on a daily basis,” she said.

Amazi criticized Ellis for billing overtime once when the two had a conversation about department business.

Ellis said communication is a key way to address reports of local crime being on the rise. By holding discussions with staff, Ellis said the sheriff can formulate a plan on key locations and ways to address crime.

According to Ellis, the flooding Sept. 22 and 23 revealed gaps in training and communication, as a few dispatchers were not prepared to work with 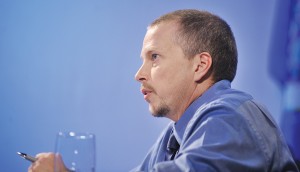 However, Amazi disputed that claim, stating that her employees are properly trained. Amazi said she communicates with Austin Police Department officials regularly. Likewise, open relationships with the State Patrol and Department of Corrections are also important.

“We don’t do it by ourselves,” she said. “We’re trying to get ideas of how we can do our jobs better.”

Amazi said she’s kept the the sheriff’s department under budget in her time as sheriff, and that will be something that’s very important as the new jail opens soon.

“With the new jail coming online, it’s very important to look for any way to save,” she said.

Ellis noted that the sheriff is accountable for maintaining public safety while saving taxpayers’ dollars. In order to operate the jail efficiently, Ellis said the supervisors and all the different departments within the department need to meet to discuss how to best operate the facility.

Ellis said he recently said the preliminary staffing budget for the new jail is $1.9 million for next year — an increase of more than $1 million in the last two years he said.

“We need to make sure we’re operating this as efficiently as possible, and one of the ways to do that is to look for federal inmates to help alleviate the pressure on our budget,” Ellis said. 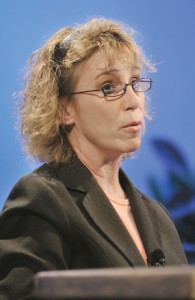 Amazi also said she is communicating with the Department of Corrections to look at housing inmates in the Mower County Jail to produce revenue.

“There is a shortage of prison bed space, and we could potentially be looking at a contract with the Department of Corrections to board inmates from around the state,” Amazi said.

Ellis criticized some of the decisions made about the jail, including flat screen televisions in the facility and three exercise areas for inmates.

However, Amazi pointed out that the televisions were paid for through an inmate fund. Exercise areas were included in each jail pod, Amazi said, to reduce the number of staff needed to move inmates within jail.