Barbara Kopple recently received a letter that made her stop and smile.

The letter was from Megan Olsen, a 27-year-old Austin woman who had watched Kopple’s 1990 Academy Award winner “American Dream,” the documentary that chronicles the 1985 Hormel strike.

Olsen wrote that she was 2 years old when her father went on strike and could remember virtually nothing about it. However, after watching the film — first by herself, then with family members — Olsen said she learned a great deal about her own history. 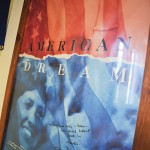 A signed movie poster for the documentary of the Hormel strike by it's director Barbara Kopple hangs in the building the The United Support Group meets. --Eric Johnson

“Without ‘American Dream,’” she wrote in her letter, “I may never have known my parents as well as I do now.”

Clearly, the 20-year-old documentary has stood the test of time and today still serves as a sobering reminder of what a labor dispute can do to a community.

The film follows the build-up of the strike, starting in 1984 as negotiations begin to fall apart and union workers start canvassing for support. From there, Kopple follows several different storylines as the situation develops over the coming months.

There are the hard-line P-9 union workers, who push vigorously for the strike and stick with it even as Hormel brings in replacement workers. There are the company executives, who maintain that their wage offers are fair. There are those with the international meatpacking union who, despite being in favor of better labor rights for packers, don’t agree with the tactics of the strikers and come to an impasse with the Austin organizers. And then there are the “P-10ers,” the nickname for workers who initially go on strike but succumb to the need to make money and put food on the table — at the cost of alienating themselves from friends and family still on the picket line.

Through it all, Kopple said she strived not to make any one side look right or wrong, but tried to capture all sides of the story and let the viewers decide who were the good guys and bad guys.

“I cared about the people in Austin, Minn., very much,” the filmmaker said of the union workers she got to know so well. “But if we were ever to look back at (the film), we had to have the full story.”

Kopple’s desire to follow that story began in the early 1980s, as she became more and more engrossed with what was going on economically in the working world. At the time, meatpacking plants across the country were struggling, with many slashing wages, shutting down, or going through bitter labor situations. As this environment grew, workers in Austin started to take a critical look at a wage proposal that would have slashed pay by $2 an hour.

Kopple said she was in her car driving around Worthington, Minn., — where she had gone to begin work on a film looking at plant closings in the Midwest — when she heard something on the radio about the situation in Austin. That’s when Kopple turned west toward Austin and “American Dream” got its roots.

“That was the beginning,” Kopple said. “And I never left.”

Settling into a motel in Austin, Kopple and a small, rotating crew of camera operators began working on the documentary. She said the budget for the film was tight and penny-pinching was the norm, though Kopple worked hard to bring in outside funding, at one time even landing $25,000 from the Boss himself, Bruce Springsteen.

“I just burst into tears,” Kopple said of how she reacted when she got the news.

With a little funding in place, Kopple and crew became entrenched in the community and the developing labor dispute. Striving to tell all sides, Kopple said she worked hard to gain trust from the various players in the story. However, some were more open than others — the filmmaker said strike organizers seemed happy to have a camera crew around to capture their stories, while Hormel executives were often only approachable at board meetings.

Still, Kopple’s access was impressive. She filmed a number of scenes inside the labor center, at union board meetings, at the homes of families affected by the strike and within the Hormel plant itself.

Perhaps most memorable of the film’s scenes, however, were those shot before sunrise during the frigid Minnesota winter. In them, Kopple captured the most ardent of strikers, their breath clearly visible in the air, bundled up and picketing in front of the plant as the early morning shifts arrived. In some instances, those arriving were the same workers who were on strike before, which drew the ire of picketers. Often, these confrontations were ugly, with friends and family turning on each other.

Kopple said it was impossible for her not to be touched by the humanity of the situation. Even harder for the filmmaker to take was the film’s conclusion, which chronicles the many strikers who ultimately lost their regular jobs because Hormel essentially moved on without them.

“Oh, of course (I felt for them),” Kopple said. “These were people I had gone every step of the way with.”

As the dust settled, Kopple left Austin and returned to her native New York. When the movie was released in 1990, it was shown at a film festival there. However, a big test for Kopple came soon after that, as she returned to Austin for a showing.

With the Austin High School auditorium — now named after Richard Knowlton, Hormel’s CEO during the strike — packed, Kopple said the movie played to a mostly silent crowd, which at first worried the filmmaker. However, when the final credits rolled and the lights came on, those assembled stood up in unison and cheered.

“I think they were clapping for their pride,” Kopple said.

Twenty years later, Kopple said she thinks the movie still has a lot to teach people about organized labor and communities, although she said specific messages are up for viewers to discern for themselves.

Asked if she has thought about following up on “American Dream,” the filmmaker said she really hasn’t, adding that she’s not sure if it’s something the Austin community of today would want to be involved with.

That means that, for now, “American Dream” will stand alone — which is quite all right by Kopple.

“It was a time in America that we had to get to the heart of economic problems,” the filmmaker said. “I think it’s a film that captured the history of that time.”