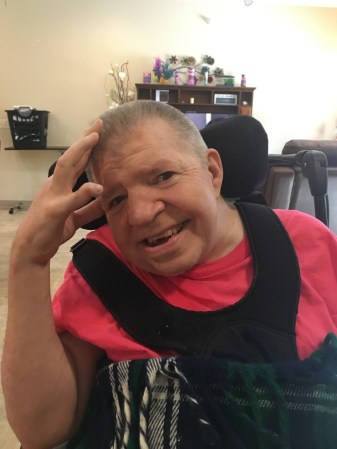 James “Michael” Sydenstricker, 78, of Austin, Minnesota, passed away at his home on Tuesday, January 3, 2023.

James Michael Sydenstricker was born to James and Marvella (Gosnell) Sydenstricker on January 23, 1944 in Kansas City, Missouri. James Michael moved to Austin with his parents in 1955. He attended school and completed his secondary education in Austin, Minnesota.

James Michael was a member of the Westminster Presbyterian Church. He worked for many years in the programs offered by Cedar Valley Services and participated in their many social programs as well.

James Michael enjoyed the staff that cared for him over the years, especially Kim and Karen. He was close to the Howard Nepp family and thankful for all they did for him. He had a smile that could melt your heart. He was a Green Bay Packer fan, liked listening to music, playing on his computer, and he loved playing Yahtzee and was quite good at it. Michael didn’t like the cold.

James Michael is predeceased by his parents. He is survived by cousins.

A visitation and viewing will be held from noon until 1 PM on Friday, January 27, 2023 at Clasen-Jordan Mortuary. Following the visitation, there will be graveside committal service at Oakwood Cemetery with the Reverend Michael Olmsted officiating.