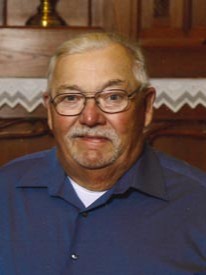 Dale Swanson (Known as “The Bird House Man.”) Dale was born on August 8, 1942, at Faribault, MN to Harry and Elfrieda (Peters) Swanson.  He was Baptized on September 13, 1942, at the Medford Lutheran Church and confirmed on March 25, 1956, at the Medford Lutheran Church.  He graduated from Medford High School in 1960.  Dale joined the Army Reserves on November 19, 1960, to May 18, 1961. He had an accident while home on leave from the Army and received a permanent physical discharge from the Army on July 5, 1962. He married Corinne Reddemann on February 2, 1963, in LeSueur, Minnesota.  The couple would have been married 60 years on February 2, 2023.  The couple lived in Faribault and Dale worked for Montgomery Wards and then sold Combined Insurance before working for Rice County Coop hauling LP Gas.  In 1969 the couple moved to Brownsdale, MN and Dale continued hauling LP Gas for Freeborn-Mower Coop.  In 1976 Dale worked for Mathew’s Company out of Chicago and started a company selling and installing grain dryers and bins for many years.  In 1979 the couple purchased the restaurant in Brownsdale, “The Blue Haven” and owned for 17 years.  At the same time Dale went to work for McNeilus Trucking Mfg. for “Garwin McNeilus” and worked for 24 years before retirement in 2010.  Dale said, “he worked hard, played hard and drank hard.”

Dale will be remembered for his sense of humor, always remembering a joke he had to share or teasing someone.  He enjoyed traveling on his Honda Trike Motorcycle, his pride and joy!  Whether it was a trip of just a few miles or 4000 miles.  Dale and Corinne took many trips to Hawaii, Costa Rica, Cozmel, and Alaska and about 12 bus tours to many places, cruises to the Caribbean and Panama Canal.  When he wasn’t traveling, he was building bird houses and bird feeders and did several other woodworking projects. He sold over 2000 at the farmers market or craft sales.  Dale was a friend of Bill W. for 34 years.  He will be missed by many.

He was preceded in death by his brothers, Harlan in infancy and David, parents and grandparents (Ludwig Swanson born in Sweden and Clementine (Kennedy) born in Ireland; and William and Eva Peters born in Germany).

To share a special memory or condolence please, visit www.czaplewskifuneralhomes.com