Coalition of the willing 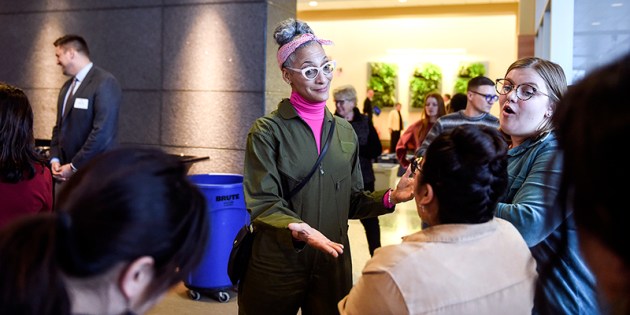 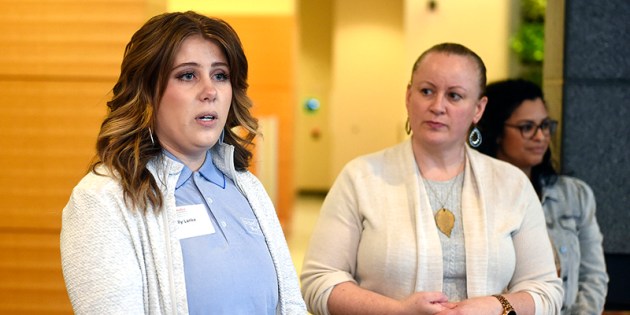 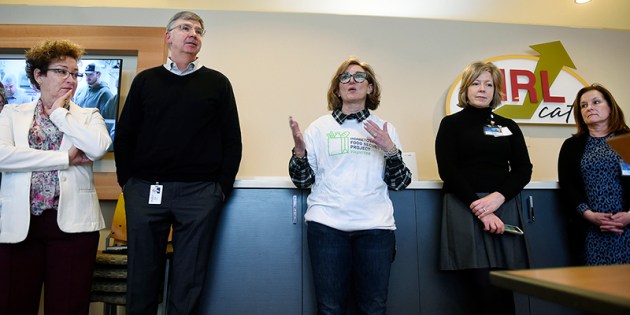 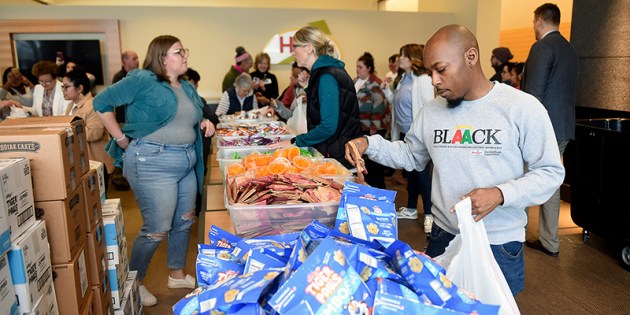 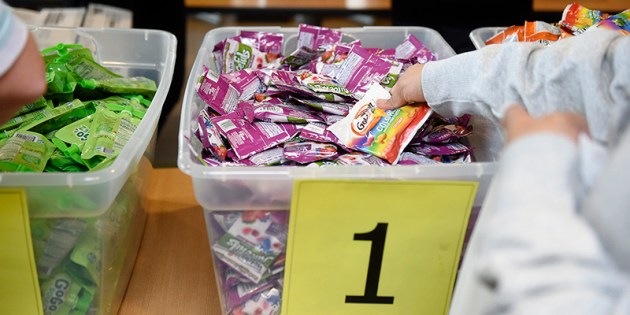 A Hormel employee reaches to grab healthy treat to be included in a pack of food for the Hometown Food Security Project’s backpack program Tuesday afternoon at Hormel Foods World Headquarters. Eric Johnson/photodesk@austindailyherald.com 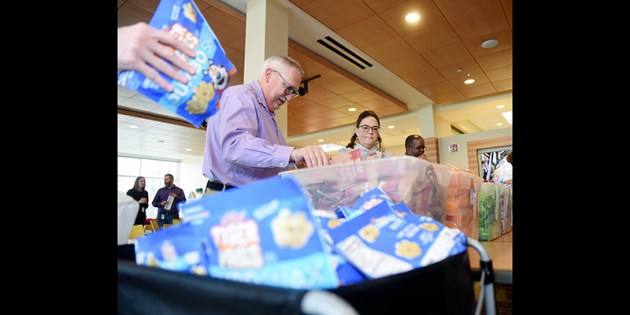 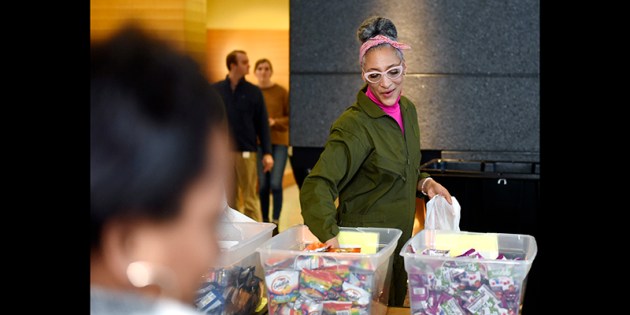 In a world where food insecurity is becoming more and more of concern among Americans, a Mower County initiative is helping to close that gap for those concerned about where their next meal might come from.

Hall, who can be seen on the Food Network, walked down the line with Hormel employees where she helped get the food ready to be taken home by over 600 students in Mower County this Friday.

United Way of Mower County Executive Director Molly Lanke said that having recognizable names like Hall associated with events like this, where the community  is coming together is equally important.

“It’s a great way to bring awareness to food insecurity,” Lanke said. “We know our community is supportive of it, but we need to get together to do a packing event like this to ensure we all have skin in the game.”

Collaboration is the name of the game and driving force behind the Hometown Food Security Project’s mission to close the gap of food insecurity.

Lanke said that in Mower County alone 1 and 10 people and 1 in 7 children are food insecure. To help combat that, the UW of Mower County and Hormel Foods has formed a collaboration of other local groups to drive that effort.

“I think that’s where we really have maybe fallen short in previous years,” Lanke said. “Everybody knows it’s been an issue. We all kind of try to do things in our own silos. We have the right people at the table.”

However, it’s not an easy problem to fix, something both Lanke and Hall recognize. The project’s path is to take a methodical approach that maps out where it’s been and where it’s going.

Currently, it is formulating a report, which will hopefully identify areas that need the most attention with the use of action teams to help address each issue.

However, what can make the issue so hard to approach are the many things that can affect the idea of food security.

“I think it’s a very complex question that can’t be answered with one answer, otherwise it would have been handled,” Hall said. “Have things changed? I think the awareness is greater. It feels like we really haven’t moved the needle, but the awareness is there.”

Hall said that grass roots efforts, like those that United Way and Hormel is spearheading are increasingly important to ease the burden of food insecurity. The key, she explained, is that very collaboration that the Hometown Food Security Program is gathering.

“I think that’s how you move the needle,” Hall said. “You get all these big organizations to work together and then you get the community. This is a huge issue in this country and the only way to do it is to get these organizations.”

Lanke said that this backyard approach to try to find a solution to food insecurity also needs to involve the very people it affects the most. Those that are dealing with it on a daily basis.

“I think the biggest thing there is is that we’re engaging people with lived experiences,” she said. “We need to hear from them to learn what solutions work.”

“Making sure they are at the table, making sure we have documentation,” she added. “Documenting how we’re going about this. Starting at ground zero.”

One thing everybody agrees on is that this isn’t an issue that will be solved overnight, putting increasing importance on ensuring that collaborations like this continue forward.

“Keeping the coalition engaged,” Lanke said. “This isn’t a coalition that will be created for a year just to get these programs up and running. They need to continue to monitor. That’s why we appreciate everybody who’s been involved in this collaboration.”