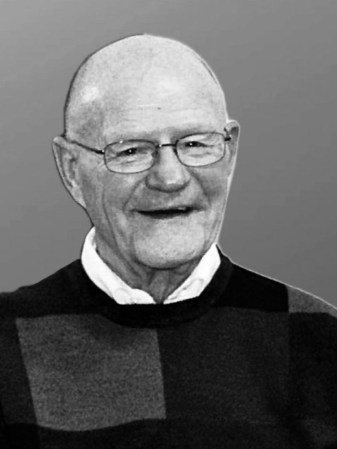 Chuck enjoyed his time at Owatonna High School where he participated in choir, band, and a variety of sports. But, like his father, it was the sport of wrestling that he enjoyed and excelled at the most. He was a three-year letter winner for OHS and served as captain his senior year. He was a two-time regional champion and earned second place honors twice at the state tournament his junior and senior seasons. The 1952 team placed second in the state tournament, and the 1953 team was undefeated in dual meets and were crowned conference and regional champions.

Upon graduation from high school, Chuck went to the University of Minnesota where he pursued a degree in physical education and history. He also continued his wrestling career by competing for the Gophers. He was a three-year letter winner and a member of the 1957 Big Ten Championship team. He reached the quarterfinals of the NCAA tournament twice resulting in a fifth- place finish.

Chuck stayed at the University of Minnesota from 1958-1959 to earn a Masters in Education. It was during this time that he began his coaching career with the University of Minnesota School of Agriculture wrestling team. The following year he accepted a position as a physical education teacher, as well as head wrestling coach at Tracy High School. He had many fond memories of his time in southwestern Minnesota where he developed strong connections and friendships that lasted a lifetime. During Chuck’s five years in Tracy, his teams won five district titles and two regional championships. The 1962 and 1964 teams finished their seasons undefeated and the 1962 team placed second in the state tournament.

Of course, there may have been another reason Chuck treasured his time in Tracy. It was here that he met a sweet first grade teacher from Danube, Minnesota named Norene Fischer. Chuck and Norene were married in 1963, and moved to Austin, Minnesota in 1964. It was here, where Chuck and Norene fell in love with the community, school, and its people. He enjoyed teaching physical education at the junior high and coaching wrestling for the Austin Packers. He took over the head coaching role in 1965 and continued in that position until 1990. He retired from teaching in 1993.

Chuck’s wrestling teams continued to find success in Austin. His 1969 to 1974 teams were ranked in the top ten in the state. His 1970 team was undefeated, winning the Big Nine Conference championship, and ended the season ranked number one in the state. He coached three state champions, six second place finishers, and over twenty place winners. Six of his wrestlers earned All-American honors at the collegiate level, and over thirty of his wrestlers became coaches themselves.

In addition to coaching, Chuck also found time to officiate high school and college wrestling events for nineteen years. He gave back to the sport by serving as a clinician at numerous wrestling camps and was part of the state tournament weigh-in team for fifteen years. Chuck was inducted into the Minnesota Wrestling Hall of Fame in 1979 and the Austin High School Hall of Fame in 1998. He received the “Lifetime Service Award to the Sport of Wrestling” as part of his induction into the National Wrestling Coaches Hall of Fame in 2007.

Chuck had a positive influence on the lives of thousands of students over his teaching and coaching career. His other roles included coaching freshman football, girls golf, and boys cross-country. He also risked his life for many years teaching driver’s education.

In his spare time, Chuck loved to golf, listen to music, as well as share a cup of coffee, and a doughnut or two with friends. He loved to watch and listen to sports of all kinds and spent many hours reading, especially history books. He loved sharing memories, stories, and was well known for remembering every detail of events that happened many years ago. He was an active member of Our Savior’s Lutheran Church where he sang in the church choir.

Chuck lived life to the fullest and achieved many accomplishments. However, he was most proud of his wife and family. He and Norene were married for fifty-nine years, have three children, and six grandchildren. He loved playing games, going on trips, and attending the many activities of his children and grandchildren. His family always knew how much he loved and cared for them and he was equally loved in return.

Visitation for family and friends will take place Saturday, January 21, 2023, from 9:00 AM to 11:00 AM at Our Savior’s Lutheran Church in Austin, Minnesota. A memorial service will follow at 11:00 AM with the Reverend Mark Van House officiating. The family invites you to join them for a meal following the service in the church fellowship hall. Interment will take place at a later date at Grandview Memorial Gardens. Clasen-Jordan Mortuary is in charge of arrangements.

In lieu of flowers, the family prefers that memorials be designated to Our Savior’s Lutheran Church or the Alzheimer’s Association.