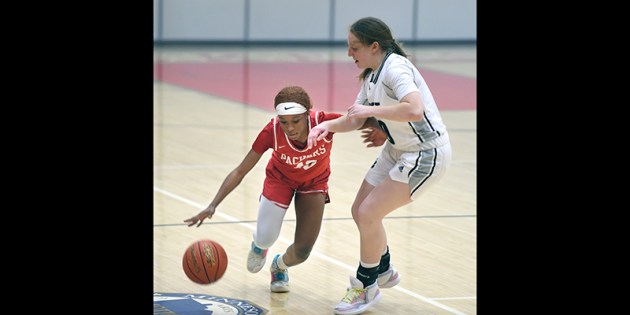 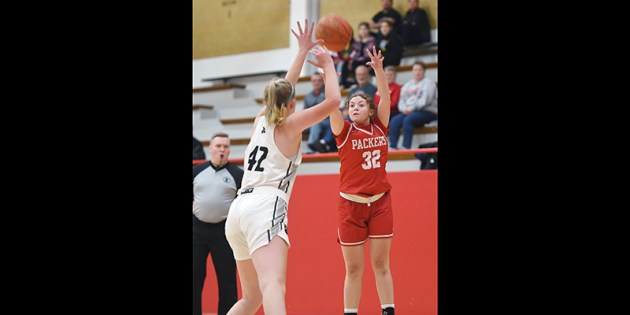 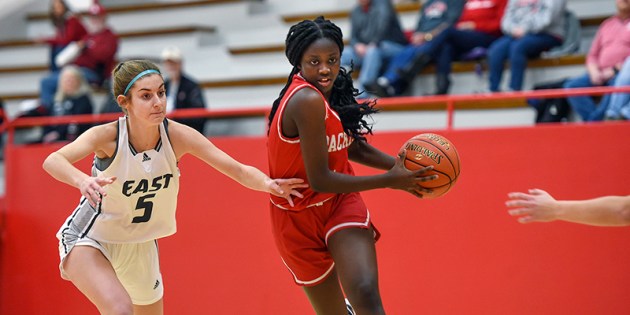 The Packer girls basketball team was saddled with foul trouble and a nine point second half deficit, but it never blinked as it turned things up down the stretch to top Mankato East 51-49 in Ove Berven Gym Thursday.

After each team turned the ball over with 30 seconds left, Austin’s Marie Tolbert was fouled with 4.6 seconds left in the game. Tolbert made both free throws and Mankato East missed a buzzer beating three-pointer that ended the game.

Tolbert, a junior, isn’t a big scorer for the Packers and she felt the weight of the crowd on her back when she knew she was headed to the free throw line.

“I don’t shoot very often, and there is a reason for that. I was shaking the whole time,” Tolbert said. “This will live on as a memory for a long time. This was really fun and we have more to give.”

Tolbert, a defensive minded player, had four points, seven rebounds and three assists in the win. Austin head coach Eric Zoske said the energy she brings to the team is vital.

Tolbert, who is one of Austin’s top soccer players, takes the same mentality as she does on the pitch as she does to the court.

“To me the basketball court and the soccer field are the same thing. You run the ball down, get the ball and you want to win,” Tolbert said.

The Cougars (1-2 overall) used a quick 6-1 burst to tie the game at 49 when Peyton Stevermeyer converted a three-point play with 1:39 left and Madeline Beaty swished a baseline three to tie it with 39 seconds left.

Ajiem Agwa converted a lay-up to tie the game at 41-41 with 7:55 left and then senior Olivia Walsh took over – scoring seven straight points to give the Packers  (3-1 overall) a 48-41 lead with 6:35. She finished with 16 points, six rebounds, two blocks and four steals

Agwa fouled out with 5:21 left in the game and Marissa Shute and Cassidy Shute played a good portion of the game hindered by foul trouble.

Eighth grader Quinn Osgood, who picked up her fourth foul with 3:14 left in the game, played a huge role in the comeback as she knocked down a three to bring Austin within 37-33 with 10:07 left and she converted a lay-up to pull the Pack within 40-39 with 8:20 left.

“I’ve learned many things so far. The older girls are like coaches and they’ve helped us out so much,” Osgood said. “There are nerves, but the older girls have really helped me. Tonight was very fun.”

The Cougars led 21-14 late in the first half, but Austin responded with a 10-3 burst to go up 24-23 early in the second half after Cassidy Shute knocked down a three with 17 minutes left in the game.

Although Cassidy Shute hit an early step-back shot to put Austin up 2-0 to start the game, the Packers went cold quickly they committed six fouls and five turnovers in the first six minutes of the game as East jumped out to a 6-3 lead in that stretch.

“We had three starters with two fouls in the first half and eighth grader Addison Walsh came in with her first varsity minutes in the last three minutes of the first half,” Zoske said. “She drew three big fouls and made three free throws. Collectively, everyone helped out.”