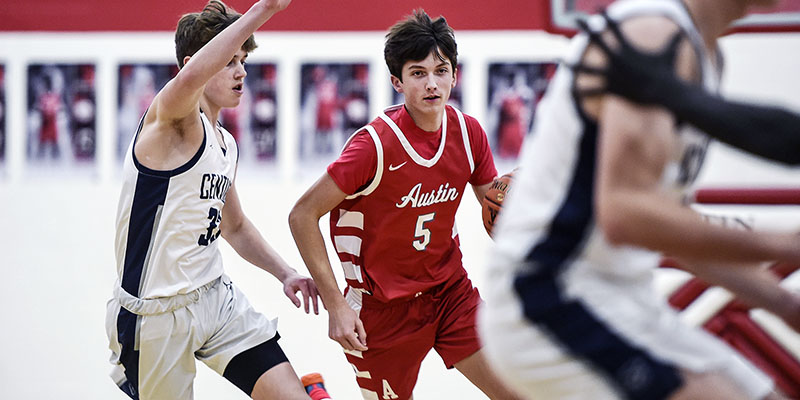 Sometimes I end up covering a game where so much happens that key moments get overlooked. Last week’s win by the Austin boys basketball team over Rochester Century was one of those times.

While Austin senior Manny Guy deserved to be highlighted for his game-winning three-pointer, I regretted that I wasn’t able to write more about Jacob Herrick, who pulled down the rebound that set up Guy’s three-pointer.

Herrick not only showed incredible hustle by crashing the boards against Century’s physical front line, he also showed impeccable awareness by immediately finding Guy in the corner after running down his improbable offensive rebound.

The play was impressive in its own right, but it was even more outstanding, considering that Herrick had taken one of the hardest shots I’ve seen in a basketball game earlier in the night. Herrick was intent on slamming over a Century defender in the first half when he collided in mid-air and was thrust to the court, thumping against the hard court with a loud thud.

For a moment, it appeared that Herrick may have been seriously injured and he did leave the game for a spurt, before returning at full strength to give the Packers the boost they needed.

Guys like Herrick are guys you can build a program around. His attitude and effort is second to none, and he plays with a selfless approach that is fun to watch.

I don’t think I’ve seen Herrick take a bad shot this year, but I’ve seen him dive for countless loose balls and I’ve seen him give everything he’s got on the defensive end of the floor.